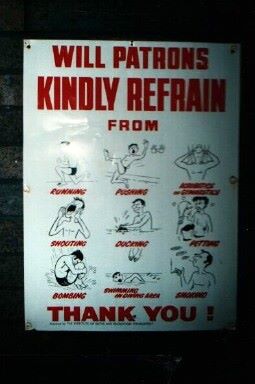 I got myself ready and set off. it was quite windy and I began to get a headache. I arrived about on time. I rode past the school, there were a few girls outside who gave me a very funny look. Backed with the fact that Mum had told me to tell Sarah, that she was not being picked up I stayed.

Julie came out with a group of girls, one was Sal, an old girl friend. She deliberately avoided looking at me. I thought this natural as she wouldn’t want to let other people think that there was anything between us and because she didn’t want to be “Horrid’ by embarrassing me in anyway.

I proudly waited with Julie for Sarah to turn, getting funny looks everywhere  Sarah came, with friends, she wanted to show me off as her big brother so I let her. We walked slowly back to her house. I wanted to try and get a bit “further” but didn’t want to aggravate Jane and decided to let things take in there stride.

Julie kept saying that’s someone and that’s someone else. Jane was coming the other way so we met out side the house. Jane  is very jolly and they both appreciate their mother much more than we do. She is great fun to be with as she has a knack, not to make you nervous and I’m sure that she was my saviour on the first day.

I am beginning to get less nervy, although I do get a bit nervy when Julie’s father arrives because I feel as though I should have left earlier. Julie got out her prep as I began to sort the cards to tell Jane’s fortune. It was a mixed fortune, but basically that she would do well with a bit of effort. Jane’s which I did twice the day before was that she was headed for a very great change in her or her surroundings. I thought it was most likely a change in her physically and mentally, but didn’t want to say it out loud although I knew that she understood.

After that when I think Jane had completed her prep, Mrs Old told her to entertain me, I was expecting her to get up and do a striptease act the way it was put. We looked through the photos, some of which I liked and I would certainly like to have one.

“Are you going to have a good old last fling before you go back? ”

I wasn’t sure if she meant with Jane or not so I said no. She then went on to suggest something at the Royalty. I told her the French Connection No 2. She then asked me if I would like to stay for supper with Julie before I went back and I said yes. After a great deal of arranging we decided on Thursday. I would meet Julie as early as possible I was going to the dentist at 3 which was a nuisance, and then I would come back.

“How are you going to entertain him? ”

“You could just listen to records and…..urrh…and.”

I was sure that she had intended to say, “Snog on the couch.” She often spoke like that, not daring to say something, but making a joke of it by hinting the meaning. Mr Old suddenly arrived. The rest of the stay was a bit stale until we got onto neutral ground in the front garden.

“Than for the poster.”

I grinned. Mrs Old had even been talking about it, but so as not to embarrass me she complemented on its trueness and the fact that it was written in six different languages. I dread to think what Mr Young thinks of me after that, still…We nattered a bit.

“Are you still out there?”

I felt like kissing Julie there and then, but yet again all I was thinking about was maybe upsetting her, so as to effect me seeing her again. I very reluctantly waved goodbye. I thought that she had gone, but she was still there. I was very worried that when her mother suggested the meal and then asked Julie, who said yes, that I was forcing it on her as I was there.

The dentist kept me in for ages, which meant that I didn’t meet Julie outside her school, which I was very angry about. We talked a bit about Love Story because I wanted to see a film with Julie.

Mrs Old knew that I was having Mike for the day so she kept asking what I was going to do about him. I didn’t want to say, because I would have preferred to tell Julie first. After a lot of deciding to ask some girl for Mike we chose someone called Francis, who I have never met. We had supper and watched T.V. and played several games.

I decided that I should try and break the nervousness.