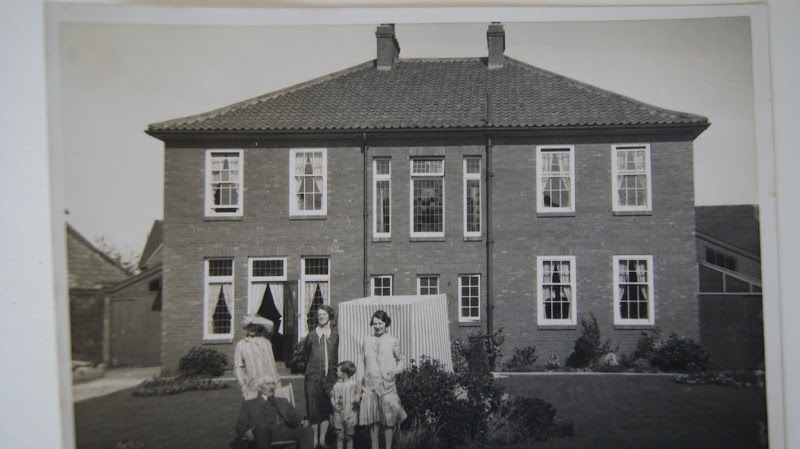 Fig.1. William Ferguson and his wife, with possibly a daughter, granddaughter – that’s my grandmother on the far right.  Is that my father at her side? Which makes this around 1935

Three years after William Ferguson died and as what would have been his 75th birthday approaches I take a second look at some of the bits and pieces my father, and in this case, his mother have left behind.

My grandmother, ‘Granny Vernon,’ was the daughter of Robert Alder and Margaret Ferguson.

As a child, she’d stay with her grandfather and aunt often; this become a regular occurrence until she moved in pretty much on a permanent basis.

She was treated like another daughter and was spoilt. Like her aunts she was sent to a finishing school in Belgium. She was there, age 14 when the Germans marched into the country towards France in 1915. She was evacuated.

William Ferguson could be called one of those ‘worthy distant relations,’ the impact of his business skills passed through several generations. My late father took over the business age 27, took it public in 1972 and by the late 1980s had turned it into an international holding company, a PLC running over sixty businesses across the UK, in South Africa, Hong Kong, Australia and the US. He had affairs repeatedly, my parents divorced 1972. He remarried another three times. He lived well: a yacht in the Med, ski flats and a penthouse apartment off St James’s Park. Home was Appleby Castle, Cumbria from 1972 to 1990. He was booted off the board, due not to being financially inept, he was making everyone wealthy, but because his antics with young woman had become an embarrassment and a number of vicious characters on the board saw their opportunity. They took a business that was making a profit of over £15m and sank it within six years – the assets only recently sold odd. The peak share price of £4.40 in the 80s collapsed to a few pence.

Did my father care? Probably not.

He paid off his third wife, road out Lloyds and held onto a number of non-executor director jobs to keep the cash coming in. He took as his fourth wife a woman 18 months older than my sister – a woman with little income and no assets.

He was given a great opportunity, road it and blew it.

He sold the Ferguson Builder’s Merchant business off in 1984 – had the group held onto this asset they would have been in a better position to ride out the retail problems they suffered being so tied into Marks & Spencer at the time.

One of Newcastle’s Oldest Tradesmen

One of Newcastle’s oldest businessmen and most interesting personalities died at his home, in Moorside, South Fenham, early to-day at the age of 87.

Mr. Ferguson had one son and three daughters, two of whom are now dead. His wife died several years ago. He had 13 grandchildren and several great-grandchildren. One of his grandsons, Mr. W.C. Alder and his daughter, Mrs, Mauchlen (with whom he lived) are directors of Messrs. William Ferguson, Ltd.

He was known throughout the city as a man of great character and originality, and possessed a lively sense of humour, which he sometimes exercised in the form of amusing messages and worldly-wise maxims, printed on the back of his business cards. One of the best-known and most typical of these read:

“Our business was established in 1874. We have been pleasing and displeasing people ever since. We have made money and lost money. We have been cussed and discussed, knocked about, and talked about, lied to, held up, robbed. etc,. to the end of the chapter.”

Mr. Ferguson used a large visiting card which had an amusing philosophy printed on the back. It was headed. “Life is a funny thing, isn’t it?” and read: –

“Man comes into the world without his consent, and leaves it against his will. During his stay on earth his time is spent in one continuous round of contraries and misunderstandings.

In his infancy he’s an angel; in his boyhood he’s a devil; in his manhood he’s everything from a lizard up, in his dotage he’s a damn fool; if he raises a family he’s a chump; if he raises a cheque he’s a thief and the law raises H_________ with him; if he’s a poor man he’s a bad manager and has no sense: if he’s rich he’s dishonest but considered smart; if he’s a politician he’s a grafter and a crook; if he’s out of politics you can place him as he’s an undesirable citizen; if he goes to church he’s a hypocrite; if he stays away he’s a sinner: if he donates to foreign missions he does it for show; if he doesn’t he’s stingy and a tight-wad.

When he first came into the world everybody wanted to kiss him; before he goes out they all want to kick him. If he dies young, there was a great future before him; if he lives to a ripe old age then, of course, he’s living only to save funeral expenses.

He started in business at an early age and quickly proved himself a man of exceptional character, enterprise and energy, and his business rapidly expanded.

Among his hobbies he was a keen gardener, a student of bird life and a great reader. Until the time of his illness, he claimed to be Newcastle’s most inveterate pantomime-goer, and it is a coincidence that his death should occur at he height of the pantomime season. He claimed to have seen every pantomime at the Newcastle Theatre Royal for 70 years.

In his earliest days, it used to mean scraping together every possible penny in order to raise the necessary money. He visited pantomimes with his children, grandchildren and great-grand children. In 1934, he took a party of nearly 20 to see the performance at the Theatre Royal. He was also an enthusiastic supporter of the opera and drama.

On the second day, I’m in touch with a distant relative who feeds me a set of new names and antics. I have a great aunt born in 1907 still living and a great uncle born in 1905. Seeing pictures of this generation can be a shock – some look like cousins. The same set of features pop up now and again. My sister Jane is like her great aunt Gertrude, I believe – I closely resemble my grandfather (in temperament and looks).