It is the holidays, so this norming I read Michael Faber’s ‘The Fifth Gospel.’ 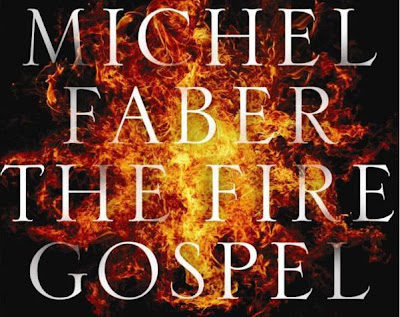 Fun and quotable. And this easy and quick to read. A 3 hour train journey would do it.

Over the previous few days I have read Stephen King’s ‘Cell,’ which begins like a text book, ‘throw them out of the aerolpane’ thriller but turns into such daftness I skim read the last half at great speed. You must admire his hutzpah.

Over the previous week I have not been enjoying Simon Schama’s ‘History of Britain’ as I feel I’m getting too much of him and not enough history (He’s very good on Caravagio though) … while Andrew Marr’s ‘The Making of Modern Britain’ at least had some micro-factoids to interest in a journalist sort of way.

Then I found my old copy of Norman Davies ‘The Isles’ which I read a decade ago and plan to read again … followed by his History of Europe.

Unsure why I’m trying to pack my brain with such stuff, but it is in part due to my mind being re-awoken from a period of slackness courtesy of the OU.