Home » Creativity » The art of writing and love. Henry Miller and I.

The art of writing and love. Henry Miller and I. 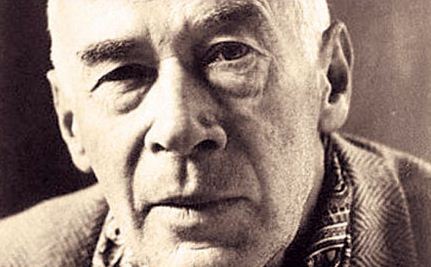 ‘Recognition and reward are two different things. Even if you don’t get paid for what you do, you at least have the satisfaction of doing. It’s a pity that we lay such emphasis on being paid for our labours – it really isn’t necessary, and nobody knows it better than the artist. The reason why he has such a miserable time of it is because he elects to do his work gratuitously. He forgets, as you say, that he has to live.’

As Anais Nin finds little time to catch up on the backlog of her diary, so I have a stack of eight or more volumes which need to be typed up, edited, expanded and cropped. I’m writing this at work. In theory in my own time. Lunch time. Had to switch gear, to settle into the writer’s mode. So hard to write criticisms, lampoon or caricature the staff, to slag off the area, the accents and the weather.

Perhaps I need a job which does not need to absorb me, that is more predictable, which earns me a living but gives me enough time to myself.

If I lived down the road it would help, I could go home for lunch and have two hours more than I currently have every day in which to write.

And so one day I find myself putting in a few hours during the day and evening, ostensibly to cover some living expenses while I write. Which I do. I write. But I flounder at 70,000 words. I come unstuck on the umpteenth edit. I over plan or don’t plan at all. I get little out. I hate it all until its a decade old. I finish nothing.

Fits and starts. That describes me. Peaks and troughs. Moments of enthusiasm followed by in action, one action followed by another. I remember a Blue Peter programme long before Roy Castle started to present ‘Record Breakers’ in which a man who span plates on top of long sticks set a new world record for the number of plates kept spinning.

A Guinness Book of Records.

That is me at my worst. It explains my behaviour which as a child my mother thought was a problem. The child psychiatrist might have described as hyperactive, might have told Mum of my high I-Q, might have told Mum to tire me out physically as she was unable to tire me out mentally. I tired of activities quickly. I’d do something then want to move on. Other children like to do and redo ad infinitum as if they could never believe they’d done what they just did. I didn’t go for that. Once I’d done something it was over. ‘I’m bored Mum, what can I do ?’ I’d say ten minutes after I’d been set a new task.

In the autumn of 1984 Suzy B had just gone to France. I had just begun JWT. Suzy B and I discussed our break up, then did ourselves up again. The mess lasted for 18 months.

I’m being greeted by Suzy B off a train in Limoges at 3.00 a.m. She has a hotel booked. The train to Tulle is later that morning. Having been so apart for so many weeks we got at it …

‘The gate was locked and I had to turn away from Louveciennes. Foolishly I thought you would be waiting for me ! In the afternoon I tried calling you but was told the phone was disconnected Sundays. At six I gathered up my copy and rushed away – caught the train without a ticket. Figured it all out, what I was going to say to HUGH – I was going to sweep him off his feet and carry you both back to Paris. The last thing in the world I expected was a dark house. I couldn’t believe it. How different it all seemed then when I paced the station platform. I remembered distinctly what time I had waited for the train – your gestures, your words. And now I saw only the stars. My night off ! Christ, couldn’t believe that I would not see you.’

If I am to be reminded of similar such moving times during various episodes of various affairs. Years too late, not long after she had moved, I walked along her street. Where she had lived for three years, where I could not claim a single encounter. I stood in the lobby and looked at her postal box thinking that this was where a letter I had sent, the thickness of a Mills & Boon, had been delivered.

Three months later I’m engaged. This time the rebound was powerful enough to land me in the arms of someone who would matter even more.

The Experience of Love

Often as an adolescent I exhausted loves for the experience, I exhausted their possibilities as a means of having something to observe, analyse and write about. What I once considered excessive blue fluff in the belly button inspection of the worst kind I now consider to have been proper preparation for the way I now write.

By Jonathan Vernon in Creativity, Mistakes on August 18, 2010.
← Like Anais Nin and Henry Miller Anais Nin on giving her life meaning →