Blogging for a decade 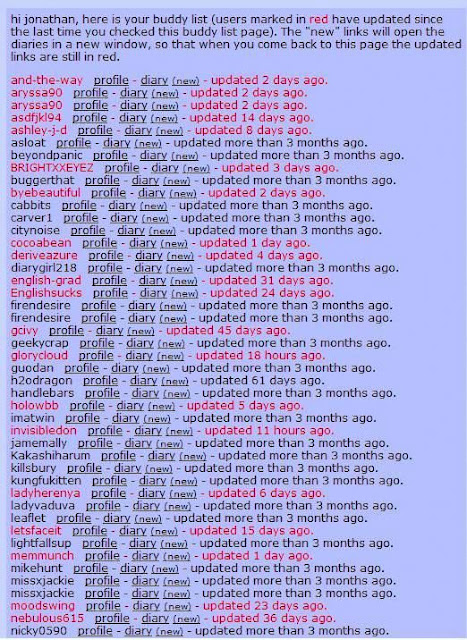 I have stubbornly kept with a clunky, bare coded blog site whilst around me new wonders have formed.

Diaryland has been around since Sept 1999. The format’s hardly changed,. It feels like using a slate while flying through space to Mars.

There was a period, around 2002/2003 when too many new blog sites were forming. I tried one or two, then fell back on a basic format in Diaryland which gives the user considerable control to create a bespoke layout. I tied my head in knots with HTML … then left it to a nascent web designed … only to attempt some crafty alterations (innovations/experiments) to it myself and nearly bring the roof down.

I didn’t care. I had become tired of some of the weirdest layouts where the text was virtually impossible to read. Style over matter. The content never king.

It’s ideas that appeal to me. Ideas and how they form.

Despite this and given my desire to climb a mountain that has grown beneath my feet, I will be working in WordPress … though this evening getting in was proving difficult.

At the autumn of 1999 Ellen Levy was featured in the Washington Times. She had just completed a ‘web log’ – an entry for every day, for a year. Someone thought it was a first. She had included 800 photographs. The journalist thought there might be some 40,000 blogs by then.

Did blogs catch on?

She thought her ‘online diary’ might chart her professional relationships and so help her with her work.

My mind has needed the break; I can feel it getting back into gear. The excitement is still there. Its been well fed – writing, reading & consuming so much – doing things that would have never crossed my mind during the headiest days of working at a Web Agency. The habit of keeping a journal has meant that while periods I may not of been online, plenty was being typed up and filed. No return to a traditional pen in a notebook ‘journal’ has been possible 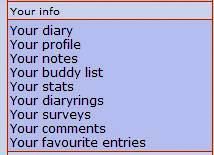 Chasing ‘readers’ was ridiculous. It transformed things. It does. Then you have a a few fans and you pander to the things they enjoy to read. It is no longer a blog. No longer the contents of my brain.

What patterns might I find in 1,600 entries & some 1.5 million words? How long would it take me to transfer the text, edit it (yet again) & tag it? Why do activities of no apparent value appeal to me so much? From this is invention born? Who cares? My brain’s done nothing interesting.

My favourite button in all of ‘that’ is nothing sophisticated at all. It is the ‘random entry’ button – sometimes chaos is more interesting than order.

Think about it, I was. Whilst we attempt to order nad box and tag and list and group our thoughts … don’t we find inspiration and fluke insights in the oddest of random places? The smell of the screenwash on the windscreen bring up recollections of a journey through France? A dream that visually had nothing to do with any of this, but from the feelings it engendered at everything to do with a sense of ‘missing the boat; and then trying to catch up by taking a plane … and then missing this too.

By Jonathan Vernon in Blogging, Diary on September 27, 2010.
← Reflection in Higher Education Reflection on Learning →