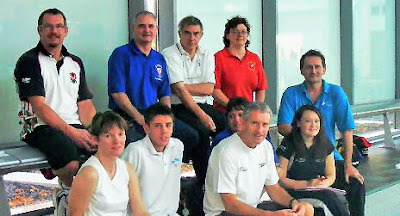 The following notes were taken at a talk given by Swimming Coach Bill Furniss, Nova Centurion Head Coach and Coach to Olympians such as Rebecca Adlington.

This talk was part of the UKCC/ASA Senior Club Coach course.

Produced a great long list between us which Bill simplified to being performance driven. i.e. if you’re not improving competitive performance you are not coaching, you are teaching (or supervising).

‘Coaching is a process which involves a rational approach to the improvement of competitive performance through a planned and coordinated programme of preparing and competition.’  Bill Furniss

‘This process embraces both direct intervention strategies and the manipulation of contextual variable affecting player preparation and performance.’  Bill Furniss

Only two people count; the coach and the athlete.

‘Coaching is NOT a haphazard, trial and error affair, but involves a series of orderly, inter-related steps.’  Bill Furniss

The steps involved in the coaching process:

Where have all the boys gone?

They find it too structured and  methodical

It does n’t allow boys to be boys.

CF the US College System.

‘Your philosophy and style doesn’t matter … as long as it works and it works for you … and is appropriate for the context in which it will be applied.’  Bill Furniss

‘It is superhuman what we ask them to do – everything hurts, even their hair hurts.’ Bill Furniss 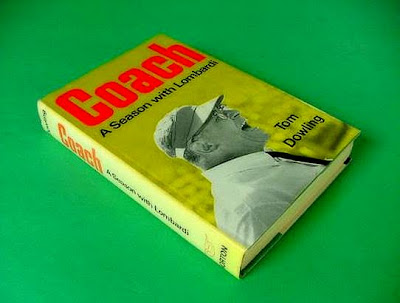 The appropriateness of your philosophy to the context within which it will be applied.

Swimmers are starting to move around and leave coaches because they want a particular style.

‘This coaching lark is a bit more complex than you thought.’ Bill Furniss

By Jonathan Vernon in Collaboration, Leadership on November 30, 2010.
← What makes an e-learning forum tick? Accessibility to Learning →