Home » E-marketing » Why I worry more about Web 4.0 than understanding Web 2.0

Why I worry more about Web 4.0 than understanding Web 2.0

I’m on training journey … we left Web 1.0 at the platform, I’ve been through Web 2.0 and Web 3.0. The view from the window is confused and dark. By morning all will be clear and the wonderful world of Web 4.0 will show itself. This is the excitement of the journey, NOT knowing what will come next and not having to care too much went before.

Who saw Google or Facebook coming? Who’d have known it from roots in Netscape and Tripod.

Who saw the rebirth of Apple with the iTouch and iPad?

Where Sony now? Or should I not even ask given the events of the last few days.

Are metaphors relating to oceans, waves and techntonic shifts no longer PC? 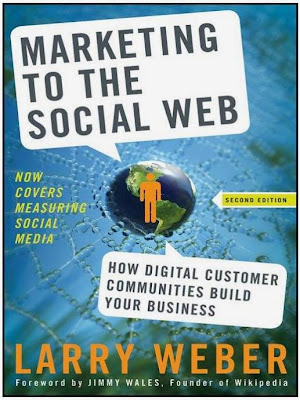 Is this akin to the Neanderthal form of teaching that was Modern History at Oxford, ending I think around 1702. My daughter is styding Modern History and takes in the Second World War – this feels like yesterday (though my parents were children during that war).

Web 4.0 is where it’s going … until and only if we coin a different term to trump it.

Never has my head hurt so much, I feel like all the Dr Who’s in one … a person from each era contained in the same being, loyal to each, while desperate to be embraced by the latest think, very conscious that the religion of tomorrow is of more value that the beliefs of the distant past of … well twenty years ago.

Dion Hinchliffe does it this way:” 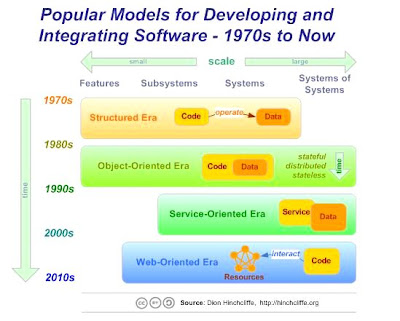 I’m uncertain which or what analogy to use, but if you are studying ‘innovations in e-learning’ how can what is going on right now not be far more relevant to the thinking of a decade ago, let alone a few years ago?

It’s as if this is 1911 and we’re style unsure (as they were) if heavy-than-air machines would get off the ground. H.G.Wells had his heroes in dirigibles.

By Jonathan Vernon in E-marketing on March 14, 2011.
← The message is the word, never the Medium Something to say after 11 years blogging →