Home » E-Learning » How to study 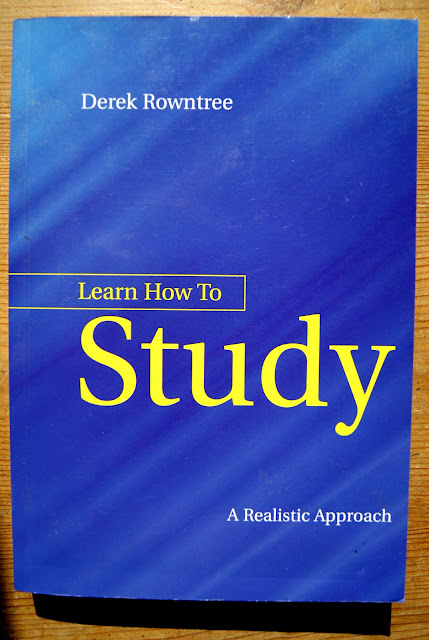 I bought this in 2000 when I was thinking about an OU course. In February 2001 I signed up for the Masters in Open and Distance Education. We used First Class, it was loaded from a disk I think. Using a Mac might have been a problem, I was rarely online to follow the independent, spasmodic asynchronous threads.

Anyway, a decade later I am heading towards the finish line.

2001 wasn’t a good year for many of us … I did the first Tutor Marked Assignment  TMAs but was made redundant a couple of months before the TMA would have been due and had by then decided that doing less for a couple of years rather than more would be a good idea.

Anyway … despite having successfully negotiated two modules and six-eight TMAs and a couple of End of Course Assignment ECAs I find myself turning to Chapter 10 of the above.

I love the way the book is laid out. I reads like is was designed to be web friendly with short sentences and paragraphs and bullet points galore.

We may be floating around in cyberspace 12 years on from the last edition of this book (first edition 1970), but is remains relevant, not just for preparing for an ECA, but for writing at all.

I like lines like this,’ After we’ve read, heard and talked about a topic, our minds are awash with ideas, impressions and chunks of information. But we never really get to grips with this experience until we try to write down our own version of it. Making notes is of some help, of course. But there is nothing like the writing of an essay to make us question our ideas, weigh up our impressions, sort out what information is relevant and what is not – and, above all, come up with a reasoned viewpoint on the topic that we can feel it our own’. (Rowntree. 1999:170)

By Jonathan Vernon in E-Learning, MA in Open & Distance Education on May 24, 2011.
← A university in your pocket – the Open University VLE goes Smart and iPad How should business schools rank in the minds of the business commmunity? →