Home » voice » Norman Mailer left a comment in my blog 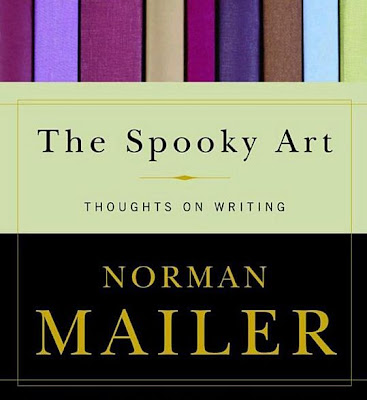 In 2003 I went through a Norman Mailer phase.

I read everything and would post thoughts. Looking back at this diary and its 15,000+ pages I stumbled across a comment that is by all accounts from Norman Mailer himself in which I quote him regarding the writing process and how you live the life of a fictional character for many years. His comment suggests that it had been years since he had lived one of these characters and he thought it was about time he did so again.

I regret not picking up on this. His opinionated and sometimes rambling novels appeal to me as they often read like a diary: unedited stream of consciousness like Proust, Henry Miller, Haruki Murakami or Virginia Woolf.

By Jonathan Vernon in voice on June 23, 2011.
← Who decides on whether to cut off the fingers of those who create and disseminate user generated content? 20 excellent reasons to blog a day →