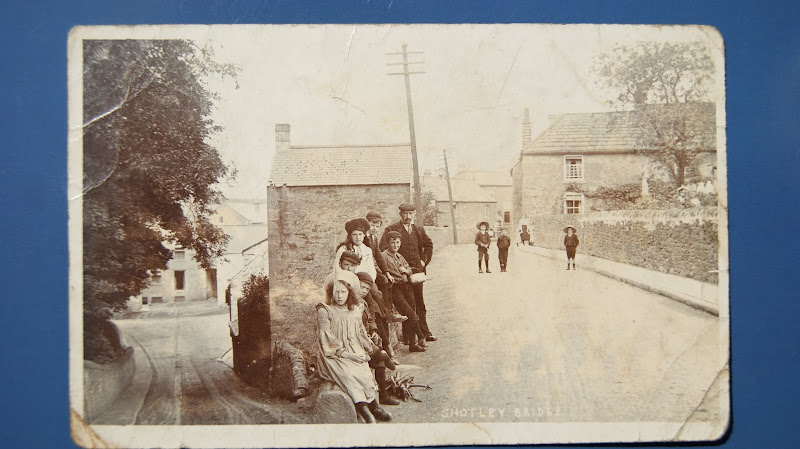 Fig. 1. Shotley Bridge, above the Flour Mill.  The boys on the road are brothers John Arthur Wilson (Jack) and William Nixon Wilson (Billy) … and by the pavement ‘a boy called Moffat whose family ran the baker’s’. Cutler’s Hall Road.

There was a teacher called Lubbock; he was a good amateur photographer.

His name was William. He was born in 1871 and had a wife called Thomasine and a daughter Marion who was two years younger than me. Lubbock taught Standard Seven so I had him in my final year. He didn’t half wallop you with a cane.

He got out to take pictures of these real winter scenes.

I was thought to be a bit of a strapping lad, all the Wilson’s were big lads, we have the blood of Blacksmiths running in our veins which explains why we last so long. I’d go out to help him carry his equipment, trudging out onto the fells through snow that came up to your waist – the drifts could cover a barn.

Talk about winters. It went on for weeks, nothing like now.

Lubbock was Chairman of the Tyneside Photography Society.

He used a box camera with all these brass fittings a tripod, a large wooden affair that weighed a few stone.

He took a photograph of me and Billy in 1903 or thereabouts.

We wore these wide brimmed straw hats against the sun and I was carrying a cane and jam jar. We were off to fish for tiddlers in the Derwent by the Papermill. It was in front of what is now the King’s Head, with the bank running down to the flour mill and bridge at the bottom. The road back then was wide enough for carriages to pass but was no good for motor cars. A whole row of houses were knocked down for the motorcars and wagons to get through as that was the main route to Newcastle.

Lubbock turned up at the Chancellor Pub once. I filled him with beer and walked him back to the train.

There was another teacher called Evans and a woman teacher whose name I don’t recall.

I took part in Aladdin, a Chinese Play and I was a bugler in the Boy’s Brigade.

They were masterminded by Baden-Powell around 1900.

He who went on to establish the Boy Scout movement. One time we went camping up to Allen’s Ford.

There was a Saturday Matinee in Dally’s Hall.

We’d see these cowboy films and someone would play the piano.