(This action takes places around the pill boxes of Egypt House, a three compartment German concrete block house and Courage Post. It was becoming chilly – 13 C, and was overcast with a little rain).

When I arrived at the pill box (Courage Post) there were four of them.

‘Gartenfeld’s head was split right down the middle as if he’d been hit with an axe’.

They’d dragged him out round the side.

Dick Piper was in the pill box.

‘Dick must have been standing with his head ducked down just outside the pill box’.

A piece of shrapnel had dented his helmet, scraped his face and gone into his guts.

Blair had dragged him into one corner of this pill box and put him on his trench coat. When I found him he had a sandbag tucked up under his legs so that his knees were up over his elbow.

“What’s wrong with him?” I asked and took a look.

His guts were hanging out all over the place.

“How are things?” I asked Dick.

So I packed another sandbag under his legs to stop his guts falling out.

You had a bandage and a tube of iodine fixed into the tunic. Never much use.

He died some time in the afternoon.

I left him a bit ‘til he stiffened up; that’s what you did. They were easier to move like that. I got his pay book and credentials, dragged him out of the pill box and covered him up with some bits of rubble – whatever I could find. That’s all you could do. Imagine – having to bury your friends like that.

Dick Piper was 45 years old. He shouldn’t have been there.

He was from the Lancashire Fusiliers. Another one who died on the 22nd October 1917. His body was never found. I knew the spot though. It broke my heart to stand there 90 years on, dwelling on the lives they had missed, their families and how they had died like that all those years ago. 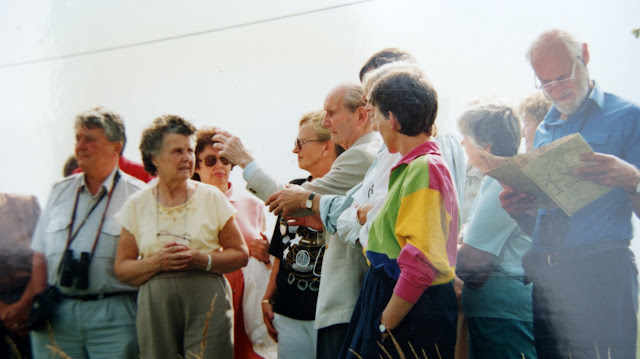 Fig.2.  August 1992. Mr John A Wilson MM ‘Jack’ – recalling events north of Ypres on the Passchendaele Salient. He marked the spot where Henry Gartenfeld and Dick Piper died. He was a corporal in charge of two guns, one in a pill box constructed against Egypt Farm, known as Egypt House, the second called ‘Courage Post’.

Further north there were the remnants of the Belgium army … there had been this attack to try and get this forest. It was doomed to failure from the start.