Life according to Anais Nin, Samuel Pepys and Henry Miller 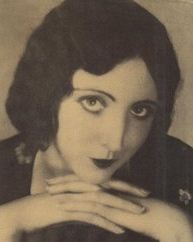 Life’s a Game of Pinball

I would have been the witch doctor in a tribe,

The pinball that kicks away from the small black hole,

Disappears, then comes back for more.

I’m the ball which gets flipped and flapped, which dings and dongs.

Can you hear it?

I’ve been fascinated by the relationship between Anais Nin and Henry Miller for two decades and wish, even if it only meant being Richard Osborne to their relationship, that I could have been their watching it unfold and hearing about it from each of them.

Is this what the celebrity tabloid press do fifty, sixty years on? At best there is commentary and interview, at worst the photographs that make it look sordid.

Can they be studied in an elective on American literature? Would it be just American? She was French/ Cuban.

She wrote about D.H.Lawrence, so I will write about her (or Henry) or both.

The relationship fascinates, how couples are the making of their work. As if taking a lover catalyses creativity.

Just pages into her first Journal I am marking down long tracts which I want to record and discuss.

What makes people despair is that they try to find a universal meaning to the whole of life, and then end up saying it is absurd, illogical, empty of meaning. There is not one big, cosmic meaning for all, there is only the meaning we each give to our life, an individual meaning, an individual plot, like an individual novel, a book for each person. To give as much meaning to one’s life as possible seems right to me. For example, I am not committed to any of the political movements which I find full of fanaticism and injustice, but in the face of each human being I act democratically and humanely. I give each human being his due. I disregard class and possessions. If it is the value of their spirit, of their human qualities, I pay my respect to, and to their needs as fast as I am able to fulfil them. If all of us acted in unison as I acted individually, there would be no wars and no poverty. I have made myself personally responsible for the fate of every human being who has come my way.’ (Anais Nin, Journals Vol 1)

If we see life as a novel then we deliberately set out to make it worthy of a novel.

If this novel is written on a daily basis as experiences unfold then surely the diarist goes out of their way to ensure that they experience and do things worthy of a novel?

Pepys is about to be serialised on BBC Radio.

The trailer justifies why a young person might keep a diary. Had millions been doing so in the 17th century would we be that interested in Pepys? Possibly, given that those blogs that are published are easily described as nefarious and sordid.

They take lovers, they are unfaithful to other halves, they go to places and do things they would never otherwise have done? Some would.

Is this the would-be artist’s struggle?

Is this what defines a frustrated creative?

The desire to express and share what they make of life and to have actions in their lives worth sharing.

I prefer to be the witch doctor in a tribe, the oddball.