You don’t learn to swim by reading a book …

An applied degree must therefore be situated in the workplace?

Too much theory without practice was described by the owner of a successful specialist engineering firm in Germany today as ‘like trying to learn to swim from a book.’

Apprenticeship in Germany run for 3 1/2 years of which 8 months a year is practical. The remainder of the year they go to a special school. ‘If you  only learn theory it is like learning swimming from reading a book so you need both.’ Leonardo  Duritchich, Chief Technial Water, Sief Steiner Pianos.   The Today Programme, 27h36, Wednesday 17th  August.

I agree, though when it comes to swimming, there are some great books made all the better in electronic form. This is ‘The Swim Drill Book.’ 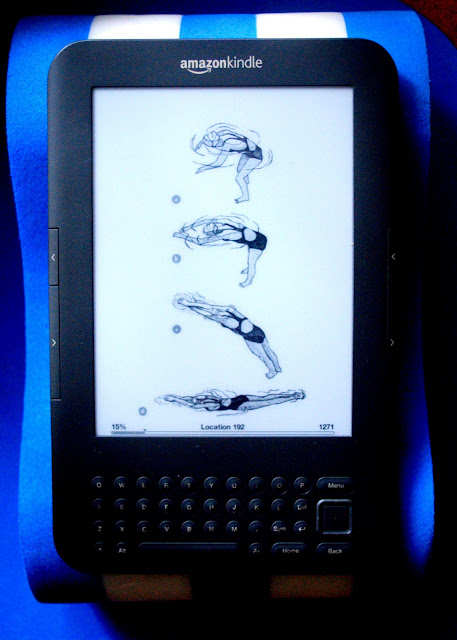 Putting into practice what you learn, learning construction rather than simply knowledge acquisition; I believe this to be the case with something like The OU Business School MBA, something I needed each time I started businesses in the 1980s and 1990s.

As a swimming coach it matters that you swam competitively and/or still swim. A flightless bird cannot teach a bird to fly. So engineers learn through doing, often from apprenticeship. Junior Doctors need to put in the hours, solicitors start as trainees, the list goes on. It is particularly the case in the TV business where after starting as a trainee producer I was happier with kit, shooting, editing and drafting scripts, learning my trade, something that an a degree had not prepared me for.

Comments (from other blog platform)

Birds fly instinctively. They are not taught.

I think you’re confusing coaching with instructing. If you read the works of Tim Gallwey or John Whitmore you will realise that coaching requires expertise in coaching and not the subject in hand. It is helping people to learn and break through internal barriers to improvement rather than teaching them.

Engineers are significantly different from solicitors and doctors. Failure is acceptable for both solicitors and doctors as long as they can show that they have followed the accepted ways that they have spent years practising. Engineers have to tackle original and unique tasks using theoretical knowledge which they may never have applied or may have yet to acquire. Failure is not an option despite lack of experience.

I learn everything from books, magazines and newspapers. I learn about quantum physics from books as opposed to turning up at CERN and asking if I can have half a day on their collider. I learn about the war in Libya from newspapers rather than going there and shooting people. I learn about hydro-electric power without building a dam. I’m not sure about juggling though.

By Jonathan Vernon in Swimming, The Open University on August 17, 2011.
← The trickster at play Blogging like Samuel Pepys →