Fig. 1. My conception of lifelong learning building on Elliot (2008)

Why I participate in some forums and not others.

‘Structured, paced and carefully constructed e-tivities reduce the amount of e-moderator time, and impact directly on satisfactory learning outcomes, adding value to the investment in learning technologies’.(Salmon, 2002a)

‘Patterns of usage differ widely, and the fit between people’s lives and the devices they use can be very close.’ (Pettit and Kukulska-Hulme, 2007, p.28)

Many themes. It is your choice to join. Updates are sent to your email. You read and add, return to the parent, and comment.

They are seasoned e-educators and lucid. It is more jamming around a piano.

You have three hours in which to return to your post and edit, add or delete.

People don’t question the set up, they just get on with it. Do we write about what it is to put words onto a sheet of paper with a pen? Or do we say something?

The increasingly portable nature of computing hardware and technologies has progressed for three decades or more as the earliest efforts of mobile wordprocessing – the Microwriter, the popularisation of computing with the BBC micro-computer, then on to laptops that become lighter, smaller, faster and more robust, to palm devices such as the Psion and hand-sized PDAs, and the gradual merging of all manner of personal, portable devices that carried music, organisers, phone technology and more, with MP3 players popularised by iPods, then the spread of mobile phones, in particular inexpensive communicating through text that brings us to 2011 and light, very powerful two-part keyboard and screen laptops, single part touch-screen tablets of various sizes that are becoming indistinguishable from smartphones. Uptake and support for various devices has been made possible as networks spread, the technology became faster, less expensive and widespread, and importantly a combination of content and communication made the devices increasingly appealing, powerful and personal. 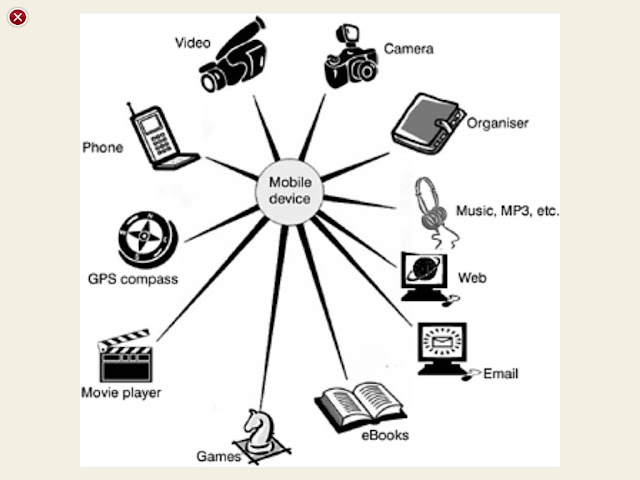 The mobile promise – “that individuals will engage in learning at times when formerly they would have been doing something else; that they will be motivated to learn partly because the devices are attractive; that the devices enable communication from places where formerly it wasn’t possible; that formal learning can mesh with existing patterns of self publishing and online participation; and that mobile devices are particularly suited to multitasking, said to be one of the strengths of the ‘millennial generation’ (McMahon & Pospisil, 2005).”

Attendance at Learning Technologies 2011 and subsequent use of a Sony Flip for interviews and surveys. 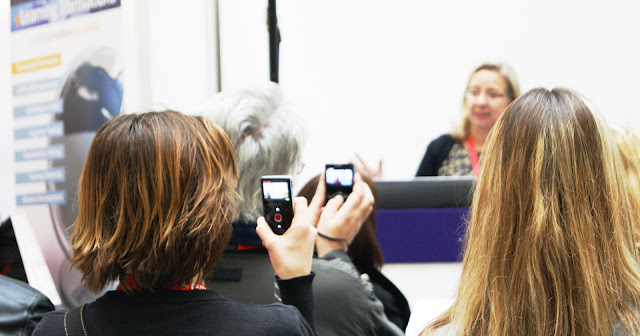 Armed with a Kindle with the Swim Drills book loaded I was poolside teaching and coaching swimmers for three hours.

For the last year I have run programmes based on drills in ‘The Swim Drills Book’ and have relied on lesson plans and sometimes laminated print outs.

Today I took the Kindle 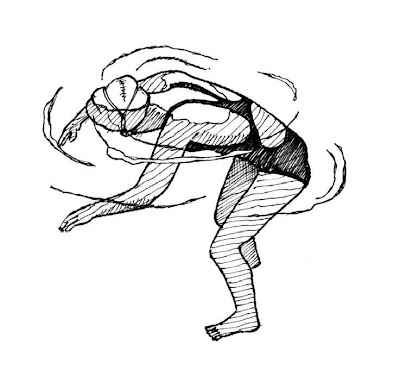 Never before have I found the swimmers so attentive, coming close to the side of the pool to look at the pictures.

Here is a great drill to develop streamlining 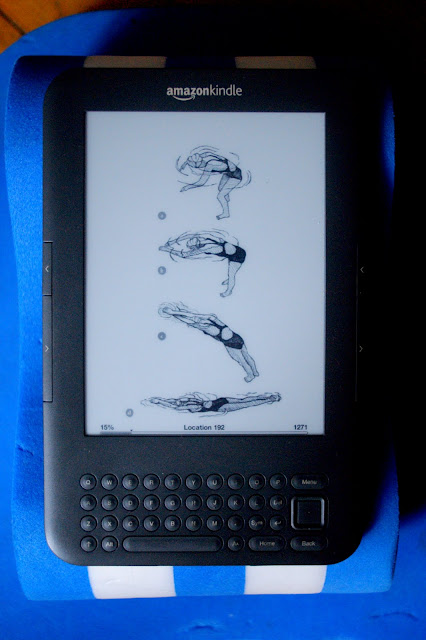 They start in what we call ‘Dead Swimmer’ then straighten up, arms first, then legs into the ‘streamline position.’ They then kick off, add a few strokes and continue up the pool.

They got, far quicker than my efforts to demonstrate and talk them through.

‘Our findings indicate that institutions planning to offer mobile apps should build on the existing preferences of students for social communication. Listening to audio, watching video and reading short texts if the apps are successfully to enhance the learning experience’. (Kukulska-HUlme 2011:32

“Learners can be active makers and shapers of their own learning. They should be supported in using technologies of their own choice where appropriate”. (JISC, 2009, p.51)

‘Patterns of usage differ widely, and the fit between people’s lives and the devices they use can be very close.’ (Pettit and Kukulska-Hulme, 2007, p.28)

Many Open University students combine work and study; consequently learning in a number of places, or on the move, becomes a habit.

Informal learning and social interactions are also increasingly recognised as important components of a person’s ‘learning life’.  Academic and support staff are part of this revolution.

Mobile learning is very flexible: it can be the sole mode of delivery, a significant learning activity, or just a small part of a print-based or online course.

Kukulska-Hulme (2010) says “Mobile learning is here to stay, even if in a few years’ time it may no longer be distinguishable from ‘just learning’.”

‘E’ is a fact of learning life, Agnes Kukulska-Hulme (2010) is quoted thus in the JISC Mobile and Wireless Technologies Review, “Mobile learning is here to stay, even if in a few years’ time it may no longer be distinguishable from ‘just learning’.”

A distance learner’s mobile device (at the Open University) can be used as a way to:

The initial aim of the group is to develop applications around four key areas:

We agree with Kennedy et al (2008) that ‘an evidence-based understanding of students’ technological experiences is vital in informing higher education policy and practice.’ (p. 109) 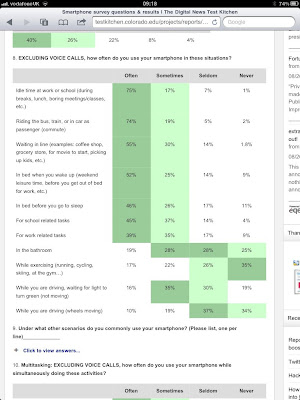 Martin Weller implies that a VLE constrains because ‘There are so many fantastic tools out there that are free and robust and easy to use.’ (WK21-22 Activity 2d VLE vs. PLE who wins?)

It is the combination of physically being ‘free’ to roam with a robust mobile device, as OU MBA students Lt. Col. Sean Brady put it, a ‘university in your pocket’ (REFERENCE) and a playful, personalisation and desired ‘freedom’ to do things your way at a time and place that suits you, that enables learning to take place away from the learning institution, library or desk, unfettered by a bag of books and files. Mobility and immediacy, exposure to new, or similar products and tools, fashion, peer group, nature of the subject they are studying, their ambitions, who they are, how much time they have, their kit, connection and inclinations, let alone the context of where they are going online and most importantly the means to communicate this instantly through microblogging, blogging, social networks, email and text facilitates and fuels further development, the millions of people online making development commercially viable.

Taking advantage of participation (Seely-Brown), learning on the periphery (Seely-Brown), vicarious learning (Cox) and if you can get your tongue around it ‘serendipitous learning.’ (me I think). (WK21 Activity 1c Web 2.0 Tools for learning REFERENCE) Conole (2011) invites us to use ‘metaphors for meaning making’.

Expressed in various forms in charts from Dion Hinchcliffe.

Accessibility: Regarding the failure to turn a 4 day face-to-face course into a blended course of one day face-to-face, then online with four additional option. ‘Most of these problems seem to be rooted in bad connectivity which made communication difficult and audio discussions impossible’.

See issues of accessibility from H807 and H810.

‘Furthermore, since the use of a mobile device represents a new technological means of reading books, articles and news, this might have an impact on how, and how much, students read, however further research would be needed’. (2011:33)

This cover 20 benefits of mobile learning though.

‘We consider that learners who use handheld mobile devices (e.g., their phones and mp3-players) to support their learning constitute a minority at the present time. We agree that their age seems less important than their position as early adopters and instigators of change through their influence among their peers and through their networks’. (2011:19)

In an age when “communities are jumping across technologies” as needs and trends evolve (Wenger, 2010), educators and researchers also have to stay informed about how learners use personal technologies as members of communities that may be social, work-related or educational’.

Bruns, A. (2005) ‘Anyone can edit’: understanding the produser. Retrieved from http;//snurb.info/index. php?q=node/s86

JISC. (2009). Effective Practice in a Digital Age: A guide to technology-enhanced learning and teaching. Retrieved from http://www.jisc.ac.uk/publications/programmerelated/2009/effectivedigital-age.aspx

Kukulska-Hulme, A. and Traxler, J (2005) Mobile Learning. A handbook for educators and trainers.

By Jonathan Vernon in E-Learning, H800: Technology Enhanced Learning - practices and debates, M-learning, MA in Open & Distance Education on September 3, 2011.
← 4 things to make you a digital scholar Make them work for it, spoon-fed learning is soon forgotten →