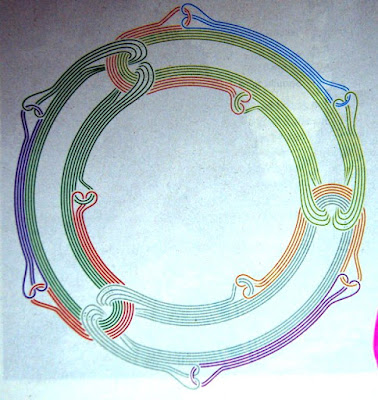 Fig. 1. How my mind sometimes looks and feels

There have been choices to make through-out the Open University post-graduate module H808:The E-Learning Practitioner

For the frist TMA  (Tutor Marked Assignment) we are to comment, 500 words each, on THREE activities (with a couple of exclusions which are required for the FOURTH part of the TMA).

However, I thought this reading might be part of the ‘compulsory’ component on ‘metaphor’ in learning.

In fact, I find it a separate line of thinking entirely, more pragmatic, and not complementary to the idea of metaphor, though vital to the thoughts we are developing on ‘acquisition’ and ‘participation’ for the simple reason that this discussion wraps them up in one activity called ‘Vicarious Learning’.

I found this diversion highly informative, indeed so much so , that I feel without it I could not have come to my current level of appreciation of acquisition and participation, that instead of separate staged entities, they are bound in a single experience.

This idea of ‘vicarious learning’ has been popular with educational researchers as a topic since 1993 and originally formed part of Albert Bandura’s work. (1977 – before and since)

It is of course what happens all around us: we learn by default, by observing others being taught, and either struggling or succeeding at a task or with a concept. Has human kind not done this always? You learn from your parents, siblings and peers, from uncles and aunts, elders and others in your immediate community and from any group or community your are sent to or put into in order to learn.

The suggestions is that ‘observed behaviours are reinforced’ … with a bias in favour of positive reinforcement of ‘good behaviour or outcomes’ rather than poor behaviour or negative outcomes. I wish I believed this to be the case and will need to see the research. There are always exceptions to the rule, people who pick up the bad habits and the way NOT to do a thing, or through their contrary nature deliberately go against the grain (though by doing so their formal learning would soon be ended). Variety, the exception to the rule, the maverick, the psychotic even, let alone the ‘creative’, expressive or problem solving leader, expert or shaman.

Is observation ‘participation’ ? Surely it is?

Yes I learn as ‘one removed as it were’ from the interaction they are watching. Indeed, it is ‘acquisition’ too.

Reading this puts a wry smile on my face because of the way the language of e-learning has settled down, we come to accommodate phrases and ways of putting things that make sense to all in a less cumbersome fashion than this – it is the nature of language. ‘web-based generic shell designed to accept data from any discipline that has cases’.

It is helpful where students struggle to articulate their misunderstanding.

Especially to reveal what a student DOESN’T know, not what they DO know.

Bandura, A (1977)  Social Learning : An exploration of contemporary advances in social learning theory with special emphasis on the important roles played by cognitive, vicarious, and self-regulatory processes. A reviewer, Ellen Chisa, writers in Good Reads: People are both intrinsically and extrinsically motivated. It’s important to pull people rather than push them. His works include Social Learning Theory, Social Foundations of Thought and Action: A Social Cognitive Theory, and Self-efficacy : the exercise of control.

“Learning would be exceedingly laborious, not to mention hazardous, if people had to rely solely on the effects of their own actions to inform them what to do. Fortunately, most human behavior is learned observationally through modeling: from observing others one forms an idea of how new behaviors are performed, and on later occasions this coded information serves as a guide for action.”