I had a Swim Plan; the idea worked on several levels.

As a professional swimming coach (squads to Regional & National Standard) I am used to planning many hours or ‘activity’ that in some cases operate within tolerances of PB+/- 5 seconds. i.e. within 5 seconds of their ‘Personal Best Time’. With this exercise I built in +/- 5 minutes with a set of exercises where none lasted longer than 15 minutes.

For the fun of it the group were shown how to scull in a couple of minutes at the start, then how to flutter kick at the end.

I doubt this used up more than 90 seconds in total of a 90 minute CPS workshop.

There were several formal CPS techniques, two quite physical the others more cerebral.

There diverge/converge pattern was followed, though I am glad I came across the idea of ‘clustering’ as this better represented an intermediary phase that occured more than once. 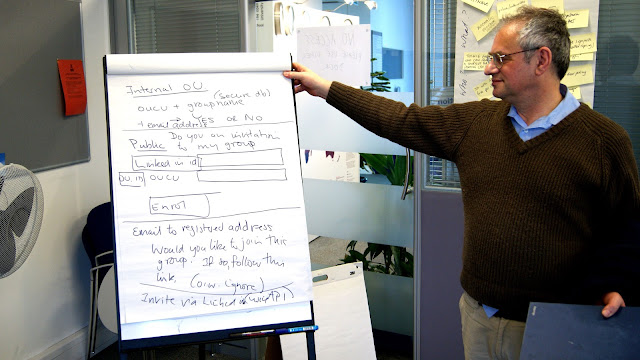 I am looking at where to go next with these as being someone who clearly likes being on their feet, directing and coaching (I have directed well over 150 training & information videos in my career, often with actors or large teams) I rather took to the unscripted, guided improvisation that is the lot of the facilitator. 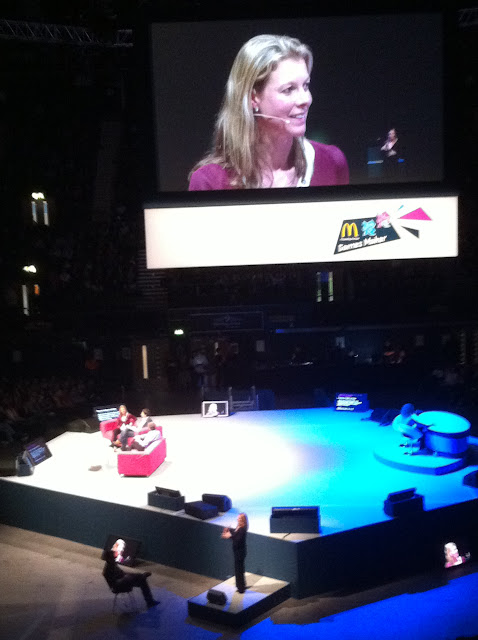 Last Saturday I was a Wembley Arena for the induction of some 10,000 of us ‘Gamesmakers’.

Now that would be a group to facilitate!