B882 Book 3 ‘Creativity, Innovation and Change’ 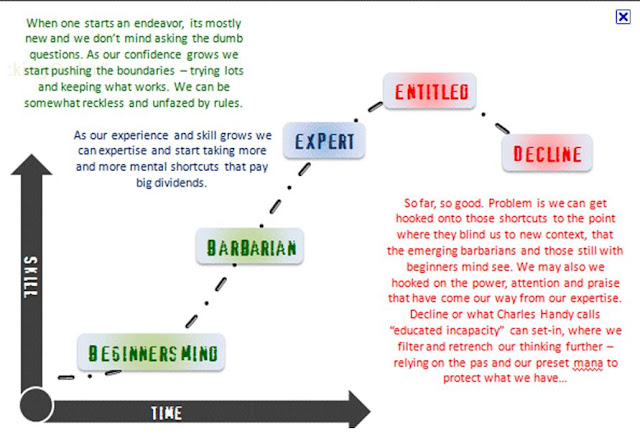 As so many are currently blogging about H807 (as required) I look forward to tracking the course from their notes, as well as mine from 2010.

I often said I would have liked to have done H807 again, in this way I can.

Repeating a theme I developed in H800 too of personal development planning (PDP) I see this NOT as repetition but rather as akin to a glider rising on a thermal, so although I am going over old ground, I am doing so at a greater height.

(Maybe I am now seeing too how a Masters Degree advances on the undergraduate degree and the PhD on the Masters).

According to Michael Kirton’s Adaptor-Innovator

Can you think of examples from your experience to illustrate each of the following cells?

Process: women doing men’s work during the First World War, a country switching from driving on the left to the right (Sweden?),

‘One day J.G. had my father carry this ‘Blick’ up from the car; it was a German typewriter. J.G. tried to show me how to use this Blickenfurentstater. It was a portable affair with a wooden case. The top row of letters began ZXKGB so it came in before QWERTY when they had to slow the action down on account of the metal keys getting jammed if you typed too fast. I did all the typing after that, up until the First War. We started out by doing the letters with carbon copies. During the war they got girls in for the first time doing that job’.

Wherein I’d say lie two innovations as responses to the problem of keys jamming and of, ironically, lack of manpower.

Kirton, M.J. Adaptation and innovation in the context of diversity and change Routledge, London, 2003, p. 392