Home » B822:Creativity, Innovation and Change » The Mortality of ideas

The Mortality of ideas 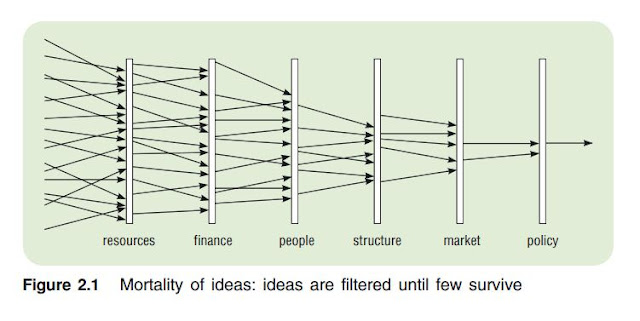 When someone says something that you find profound it sticks with you for life; I was reminded of an invaluable lesson while studying the ‘Creativity, Innovation & Change‘ elective module of The OU MBA (while actually taking the MA in Open & Distance Education).

At a IPA event at the CBI I attended a lecture given by Winston Fletcher in which he talked about how ideas can be killed off by ‘forces’ in and advertising agency and at the client end. He illustrated this with a poster showing a series of light bulbs slowly going out. There was a refrain also that ended:

‘If the client proves refactory, show a picture of their factory.

And should they put on airs and graces, show a picture of their faces’.

Which sums up regional advertisers showing the proud owner of a widget factory standing outside his widget factory, rather than showing off the benefits of the product.

Once a ‘good idea’ has been hatched, by whatever process, intuitively or through considerable thought and development, the thing can gradually die a death as various departments and stakeholders get their hands on it.

It therefore requires a champion, someone to see it through, who is persuasive and persistent, who can shift from playfulness to power games.

Like Steve Jobs perhaps? (who I have written about extensively in my OU Student Blog).

That or you need someone to do it for you; writers have agents, creatives in advertising have the accounts team.

By Jonathan Vernon in B822:Creativity, Innovation and Change, Communications, Creativity, Leadership on April 11, 2012.
← The history of innovation, team working and manufacturing Behaviourism, Cognitivism, Constructivism, Connectivism, Humanism and design based learning →