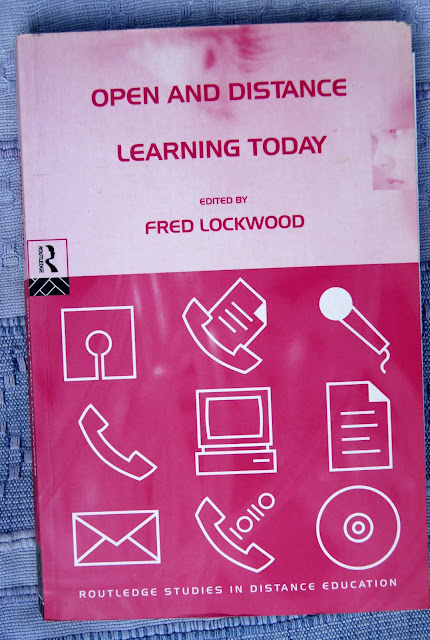 This is an old topic, even for e-learning when it was called online and distance learning.

Fifteen months can see the rise or demise of a value online tool, fifteen years feels like a century ago when it comes to learning.

Are things so different though?

Social Constructivism might suggest that formalised social learning platforms will take off; my experience is that such constructs are, of necessity, highly personalised. My social learn milieu includes this and other blogs, Facebook with friends and family where I’d never mention the ‘L’ word, Twitter and StumbleUpon. I struggle, despite my best efforts, with Linkedin groups. The dynamic is a tricky thing to get right, a handful of passionate, engaged, informed people who want to share and collaborate is required.

My best OU experiences (2001, 2010-present) have almost all been OU Student Forums where the unit in the module has provided parameters and resources, and by chance the six in the sub group, through inclination, motivation, time zone and peer pressure have made a regular, constructive contribution. This contribution would alos represent a variety of roles were you to look at it from a team perspective.

Other invaluable experiences of socially constructed learning online have included three of us (in the US, UK and Japan) who read each other’s blogs and shared ideas on writing fiction between 2002 and 2004. And with a couple of others sharing in FlickR pictures of a grandparent who served in the First World War and helping each other track this person’s progress and experiences.

‘Social context, roles and relationships are central to what is learned’. (Carugati and Gilly, 1993)

Mary Thorpe’s paper ‘The Challenge Facing Course Design’ (1997), in simplistic terms, puts ‘plausible reasoning’, intuition and perception over logic. (Winn, 1990) Sounds to me like James T Kirk’s way has more credibility as an approach to learning than Spock.

I’m struck by the suggestion made by Thorpe (1997:175) that because learning is dynamic and unpredictable, the idea of designing a course in advance for successive cohorts of learners is undermined.

I offer a solution, that can be realised in 2012 though not possible when I was reading this text formally in 2001. Namely, to have (for some units as to do this with an entire module strikes me as too complex) students offer a rewrite, update or offer an alternative learning experience as part of an assignment. The same learning objectives, but with a current or different context, using the tools that are viable and readily available today (rather than have students use tools that in some instances have long ago been superseded).

This, picking up the warning from Thorpe, isn’t to suggest that one model replaces another, as is the case with the current Social Learn initiative at The OU, what educators and educational institutions need to do is to offer a smorgasbord, a set of choices and alternatives, just as the student will chose their own hardware (desktop, laptop, tablet, smartphone or mobile) so they will want to have tools they are familiar with or come to enjoy as part of their personal learning environment (PLE).

Here’s a sentence you won’t hear being used today, though this doesn’t negate the quality of writing in the article.

‘The rich resources of a CD–ROM or an interactive videodisc are only as good as the enquiry frameworks that the learner brings to them’. (Laurillard, 1993). Whose model requires, which is as relevant today (p176):

Winn (1990) stresses the important role of the teacher in an iterative learning process to assess and analyse, something that is supported today through increasingly sophisticated learning analytics which could and will take–over to some degree, or complement the role of an e–moderator, who may, be able to manage increasingly large groups of students from a distance given the benefit of the learning management systems and collaborative learning tools we now have.

Carugati, F. and Gilly, M. (1993) ‘The multiple sides of the same tool: cognitive development as a matter of social constructions and meanings’, European Journal of Psychology of Education, (8) 4.

By Jonathan Vernon in E-Learning, Innovations, Learning Design, MA in Open & Distance Education, The Open University on June 8, 2012.
← Books take up to much space, though as a record they may be longer lasting and more easily accessed than anything that is digitised After the war: the North Eastern Brewery c1925 →