Home » E-Learning » Accessibility » ‘If we were to look at the whole of contemporary culture in the West as a kind of school and consider adult roles as courses in which we are enrolled, most adults have a full and demanding schedule.

‘If we were to look at the whole of contemporary culture in the West as a kind of school and consider adult roles as courses in which we are enrolled, most adults have a full and demanding schedule.

‘If we were to look at the whole of contemporary culture in the West as a kind of school and consider adult roles as courses in which we are enrolled, most adults have a full and demanding schedule’. (Kegan, 2011:39)

Chapter 3 ‘What “form” transformations? A constructive-developmental approach to transformative learning. Robert Kegan. An abridged version of a chapter that appeared in Jack Mezirow et al. in ‘Learning as Transformation’ (2000). In ‘Contemporary Theories of Learning’ (2009) Knud Illeris.

No two people can possibly be learning the same thing, no matter what common assessment students undertake – the student with a disability, or disabilities, whatever these are and how they affect or impact on this individual – will be acquiring knowledge or a skill that has or is in some way transformed or translated, the focus diluted or pinpointed through a note–taker, reduced range, voice of an audio–reader, missing a lecture or seeing it from only one perspective, access denied or field or lsb work excluded through their choices, risk assessment, health and safety, time, money, people and other such barriers – though sometimes enhanced if a live debate becomes an asynchronous forum or verbatim transcripts of audio and provided to all.

What is the disabled person’s frame of reference?

Mezirow (2000) Transfer of authority from educator to learner. How rapidly will this transformational shift occur, which is a function of how far along they are on a particular bridge.

Hegel, the phemonology of mind.

Hegel attempts to outline the fundamental nature and conditions of human knowledge in these first three chapters. He asserts that the mind does not immediately grasp the objects in the world, concurring with Kant, who said that knowledge is not knowledge of “things-in-themselves,” or of pure inputs from the senses. A long-standing debate raged in philosophy between those who believed that “matter” was the most important part of knowledge and those who privileged “mind.” Rationalists, such as Descartes (and before him, Plato), believed that we can only trust the truths that the mind arrives at on its own, while Empiricists, such as Locke, argued that all of our knowledge comes from our perceptions of actual objects, through our senses. Kant had sought to put this debate to rest by arguing that the meaning of objects derives from ideas, or “concepts,” that stand between mind and matter. The information entering the mind via the senses is always “mediated” by concepts. In the first part of the Phenomenology, Hegel demonstrates that though concepts do in fact mediate matter, as Kant maintains, Hegel’s own understanding of the way concepts come into being implies a certain instability or insecurity in knowledge, which Kant overlooks. 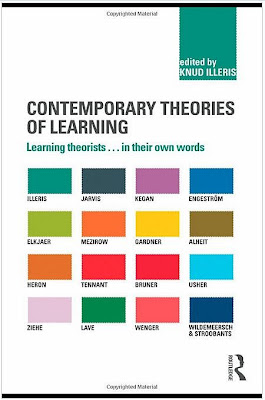 By Jonathan Vernon in Accessibility, E-Learning, MA in Open & Distance Education on September 19, 2012.
← A blend of learning, online or off, that wraps around a sequence of core activities. How to improve access to learning for disabled students in tertiary education and e–learning – take a look at how a UK swimming club achieves access for disabled athletes. →