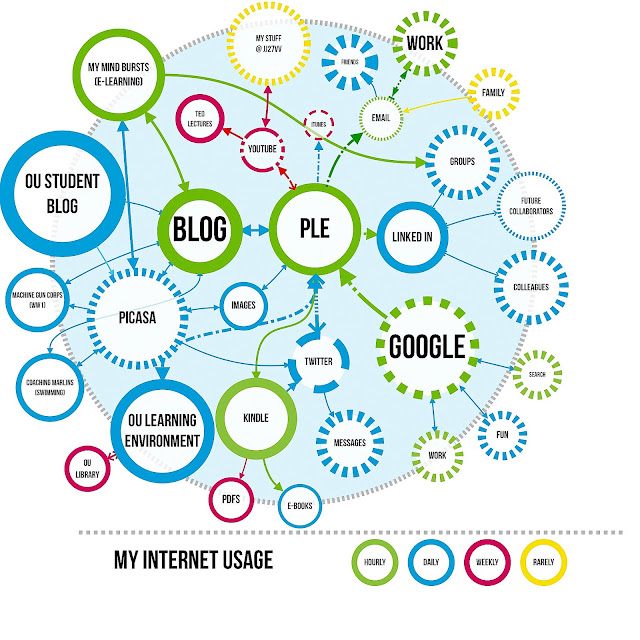 Things I was starting to get my head around in 2010: 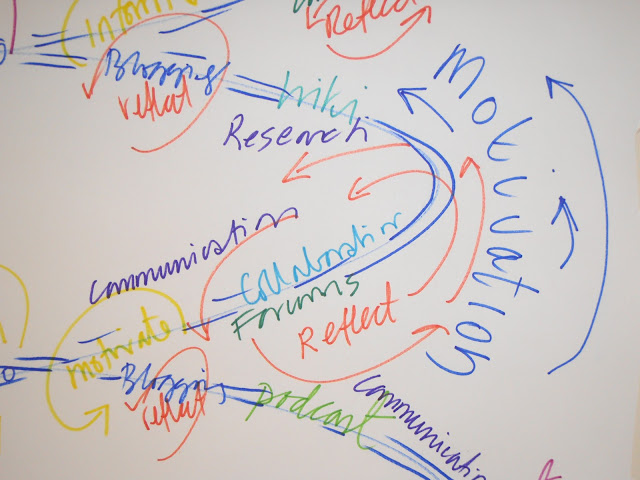 For the last 18 months extensive use of an iPad and associated Apps, so much so that it is the replacement laptop and even covers as a mobile phone as people know to email me.

Trying to do my final MAODE module on the iPad.

Proving remarkably easy to do so.

Very versatile, especially where resources can be downloaded as PDFs, even to read in Kindle version. Read from the Kindle, note take on the iPad and post online.

Books. We no longer buy them. Is a garage full of wonderful hardbacks worth anything? Glad I never bothered to put up shelves.

Magazines and newspapers. All redundant. Only kept the Guardian on Saturday to have something to line the guinea-pig hutch, when they went so did the newspaper!

Pen and paper. I do. An A5 notebook and pen. Though prefer to type up notes as I go along.

Twitter Share. Reading an eBook and sharing a line or two with a note directly into Twitter. This aggregates content in an editable format and alerts ‘followers’ to a good read – usually on learning, education, e-learning, also on social media, story writing and the First World War. Sometimes some great out of copyright literature.