Home » voice » Where in the world have I not been heard? And why not?

Where in the world have I not been heard? And why not? 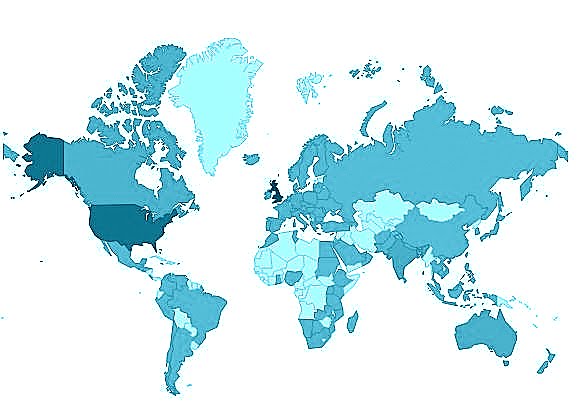 Over a decade ago I blogged in Diaryland and responded to the constant feed of analytics to the point that 200+ views an hour was a reasonable goal, until ‘cheats’ who didn’t follow the rules we set as bloggers back then failed to publish either every day, or 1000 words an hour or whatever criteria we set.

Over a decade on consistency of theme is the key.

E-learning and creativty are the themes that get me noticed.

Perhaps this is why I am yet to be read in Greenland?

Or is that never possible?

I thought that  China was a closed country for blogs like this until I found readers from China had started to register.

I have no stance, I just share stuff and offer a point of view.

Must I appeal to a community on Greenland or have a reader from Denmark?

Just a game of course.

What is far, far more revealing and relevant and the gaps of central Africa,  central Eurasia and Mongolia.

Kazakstan is an odd absence as I have written about entrepreneurs and people from the country I meet here, locally, from Kazakstan.

Zimbabwe is off my readership. There are plenty of people I know from Zimbabwe living here on England‘s South Coast. Who are they? Second or third generation Brits or Europeans who were getting nowhere and had a way ‘home’.

I’m not about to hop on a plane to Bolivia.

However, were I to blog my way around the world I dare so I could tick off every country on the planet,  just as a boy I pencilled in every county in England, then most of Wales and Scotland and in my teens and twenties covered ALL of France  (helped enormously being a part of an international TV agency team covering news in France and being commissioned to make a documentary on … every far flung corner of life in France).

A recurring thought, as 25 years ago I had suggested to a potential backer that I take a team off round the world to gather in tasty video footage of everywhere that mattered.

Of course, the where is of far less value than the who.

By Jonathan Vernon in voice on October 19, 2012.
← A test for anyone who is about to speak in public is when the technology fails – do they know their stuff? Curation – do you? As a curator, participant or observer? →