Home » Creativity » The greatest value of extending our capacity to remember, both externally and internally will be to take a record and build on it, treat it is as living thing that grows into something more.

The greatest value of extending our capacity to remember, both externally and internally will be to take a record and build on it, treat it is as living thing that grows into something more.

The greatest value of extending our capacity to remember, but externally and internally will be to take a record and build on it, treat it is as living thing that grows into something more.

If human remembering is the weak link, then perhaps memory needs to move from the brain to some external storage and retrieval device. By drawing or writing, we capture an event, an emotion, a thought. Looking at our own drawings or reading our own words aids us in remembering, making it possible for us to recall more, and do so more accurately’. Mayer-Schönberger (2009. p. 28)

Does a weak or false link matter?

If an author looking for material for a teen love story would it matter a jot as the parameters for the story would need to be met by fiction, not fact. Can we so easily make-up stories based on fact, if we are encumbered by the actuality?

Being selective though there are times when an absolute record may be of value – a surgeon operating so that multiple aspects of the experience can be shared, at a distance with colleagues and students.

An artist in their studio, working in a niche material and using rare craft skills not simply preserving their actions, but doing so in a way where many followers get as close as they can be to sitting at his shoulder? And of value to the protagonist, to identify mistakes where improvements could be made.

On the other hand, the act of creating your own version of events, of reflecting afterwards, adds value, adds originality and perspective, like the director’s voice talking through a movie they have made.

The real-time record lacks the context of the person’s thoughts.

These ‘inner-workings’ are surely of greater value to prosperity?

In addition, to personally make the effort to externalise events by taking notes, by creating a drawing or chart, or table … by translating the essence of the experience for others into a form we recognise we etch it into our memory. It benefits from the phsyiological attribution, something that will be lost if the ‘memory’ is gathered automatically.

It matters that we select as we go along, listening to someone talk, but only seeing them or caught by a conversation on another table as we are served, or watching the traffic and thinking of a cycle ride we had a child.

Memory creation is not as literal as a digital snap … and when we hear, as any professional sound recordist will attest, we filter out a huge amount of noise.

Mayer-Schönberger (2011) takes us through a brief history of how we externalise our thinking and touches on painting. ‘Painting is perhaps the oldest form of establishing external memory. It creates an image of a scene or an event, whether real or envisioned, and thus enables remembering’. Mayer-Schönberger (2011. p. 29)

If I want a record of events, translated through my mind’s eye, then perhaps a drawing or painting is a better way to do it than to write about it? Then again, a ballad might do the job. Either are preferable to a poor ‘absolute’ digital recording of what took place from the odd-perspective of my chest (or the chest of another) via a cigarette-packet sized gadget hanging around my neck.

A record of what I read and watched might suffice.

Why complicate it by creating a personal digital log of all the above where so much will in future simply require a link – so not some grabs of a text book as I read it, but the eBook, not parts of a film that catch my attention, but the film in its entirety. This supposes a record that is even greater than that experienced, but one which may be of greater value to others so that they can ‘live’ a life alongside, rather than stepping into the shoes of someone else. This may be a more valid and useful way for someone to pick through the digitised memory too – as a video editor or director, at arms length. 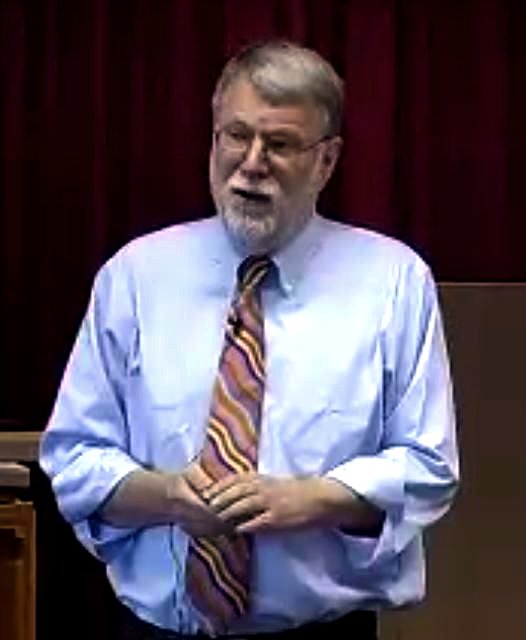 Fig.2. John Seely Brown speaking at the Open University in 2007

‘The emphasis, though, is on mixing and recombining, on creating a bricolage as the former head of famed Xerox PARC John Seely Brown has suggested, in which the value is derived from the (re) combination of its parts, not necessarily from the parts themselves’. Mayer-Schönberger (2011. p. 61)

By Jonathan Vernon in Creativity, E-Learning, Innovations, Learning Design, Life, Memory, Neuroscience on February 1, 2013.
← Web 2.0 is a water-cycle. Is lifelogging a solution on the lookout for a problem? →