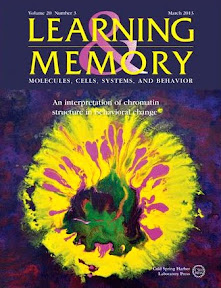 I’m starting to read papers on neuroscience that result on my starting to use my hands and fingers as I read, even reading and re-reading phrases and sentences out loud as I try to ‘get my head around it’. (A search in the Open Universal Online library for ‘hippocampus rats memory’ brought me to the above.

This is the kind of thing from the abstract:

The nucleus accumbens shell (NAC) receives axons containing dopamine-b-hydroxylase that originate from brainstem neurons in the nucleus of the solitary tract (NTS). Recent findings show that memory enhancement produced by stimulating NTS neurons after learning may involve interactions with the NAC. However, it is unclear whether these mnemonic effects are mediated by norepinephrine (NE) release from NTS terminals onto NAC neurons. (From Kerfoot & Williams (2011:405)

On the other hand, when I read this I think I’ve taken it too far. Like the skier who watches with admiration as someone comes down a gully but would never do it themselves.

The A2 neurons are activated during times of heightened arousal by the release of glutamate from vagal nerve fibers that ascend from the periphery to the brainstem (Allchin et al. 1994; King and Williams 2009). Highly arousing events increase epinephrine secretion from the adrenals and facilitate binding to b-adrenergic receptors along the vagus nerve (Lawrence et al. 1995) that in turn, increase impulse flow to brainstem neurons in the NTS (Lawrence et al. 1995; Miyashita and Williams 2006). Epinephrine administration, stimulation of the vagus nerve or direct infusion of glutamate onto A2 NTS neurons are all known to significantly potentiate norepinephrine release within the amygdala and hippocampus (Segal et al. 1991; Liang et al. 1995; Williams et al. 1998; Izumi and Zorumski 1999; Hassert et al. 2004; Miyashita and Williams 2004; Roosevelt et al. 2006). (From Kerfoot & Williams (2011:405). 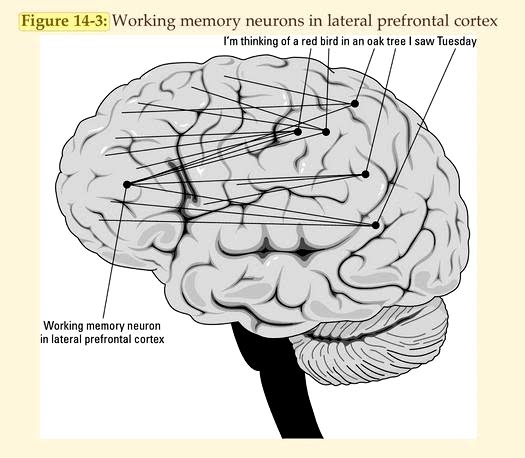 This is the bold step I’ve taken, not having to reading papers on neuroscience but feeling the need to do so. I’ve had three years of considering the theory behind learning, now I want to see (where it can be seen) what is happening. Papers rarely illustrate. What I want are papers with photos, charts, and video clips, with animations and multi-choice questions, then a bunch of contactable folk at the bottom to have a conversation with.

To understand how the nervous systems works, according to Professor Frank Amthor I need to know how neurons work, how they talk to other neural circuits and how these circuits form a particular set of functional modules in the brain. Figure 2 starts to do this.  (Amthor, 2012. Kindle Location 323)

What is going on here?

If I understand it correctly there is, because of the complexity of connections between neurons, a relationship with many parts of the brain simultaneously, some common to us all, some, among the millions of links, unique to us. Each neuron is connected to 10,000 others.  To form a memory some 15 parts of the brain are involved.

Learning is situated, much of it we are not aware of.

There is a multi-sensory context. Come to think of it, while I was concentrating I got cramp in my bum and right thigh perched as I am on a hard kitchen chair, and the lingering after taste of the cup of coffee I drank 45 minutes ago. I can hear the kitchen clock ticking – though most of the time it is silent (to my mind), and the dog just sighed.

Does it matter that my fingers are tapping away at a keyboard?

Though second-nature touch-typing it occupies my arms and hands and fingers which could otherwise be animated as if I were I talking. Would this in some way help capture the thought? I am talking, in my head. The stream of consciousness is almost audible. It was a couple of sentences with a few new acronyms involving an image I have in my head on what neurons, synapses and axons looks like.

What would happen where I to use a voice recorder and speak my thoughts instead?

By engaging my limbs and voice would my thinking process improve and would the creation of something to remember be all the stronger.

I’m getting pins and needles/cramp in my right leg. Aaaaaaaaaaagh! Party over.

My eyesight is shifting. In the space of six months of moved to reading glasses. Now my normal glasses are no good either for reading or distance. Contacts are no use either. As a consequence I’m getting new glasses for middle distance and driving. The solution with the contact lenses is more intriguing.

To correct for astigmatism and near or short sightedness I am going to have a one lens in one eye to deal with the astigmatism and a different lens to deal with the short sightedness in the other. My mind will take the information from both and … eventually, create something that is sharp close up and at a distance. This has me thinking about what it is that we see, NOT a movie or video playing out on our retina, but rather an assemblage of meaning and associations formed in the brain.

I will try these lenses and hang around, wander the shops, then return. I am advised that I may feel and appear drunk. I can understand why. I could well describe being drunk as trying to navigate down a path with a microscope in one hand and a telescope in the other while looking through both. I feel nauseous just thinking about it.

So ‘stuff’ is going on in the brain.

These days the activity resulting in the brain figuring something out can, in some instance and to some degree, be seen. Might I have an fMRI scan before the appointment with the optician? Might I then have a series of further scans to follow this ‘re-wiring’ process.

I need to be careful here, the wrong metaphor, however much it helps with understanding may also lead to misunderstanding. Our brain is organic, there are electro-chemical processes going on, but if I am correct there is no ‘re-wiring’ as such, the connections have largely existed since birth and are simply activated and reinforced? 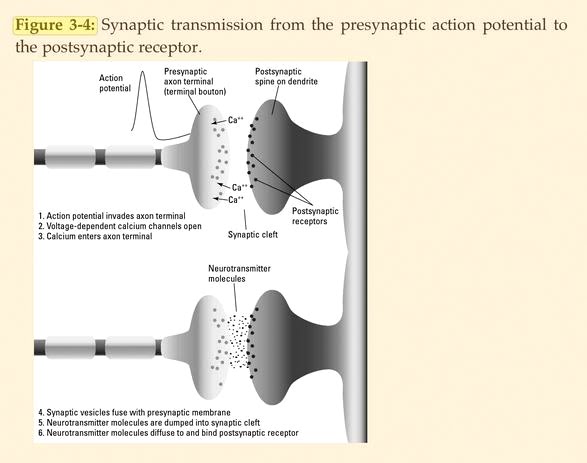 Any neuroscientists out there willing to engage with a lay person?

What would observing this process of unconscious learning tells us about the process of learning? And is it that unconscious if am I am aware of the sensations that have to be overcome to set me right?