Home » Blogging » I LOVE the way the brain will throw you a googlie. It’s why we’re human.

I LOVE the way the brain will throw you a googlie. It’s why we’re human.

And then there’s this – 12 grabs of an Activity System looking like Toblerone.

One per month, one per hour.

This is the point. The thing is

a) a grab in time

c) a construct or model (as well as a theory).

A theory because it can be re-applied (for now). 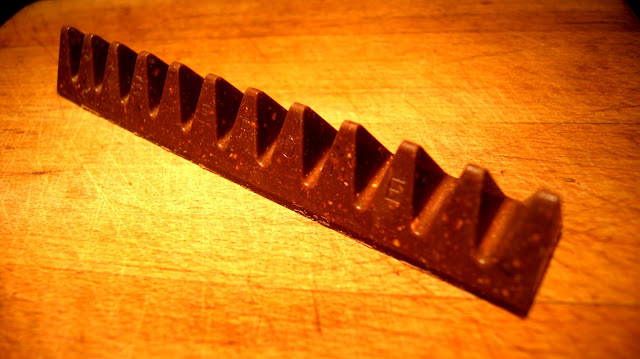 Fig.1. Its image explains itself.

Engestrom and others go to great lengths to remind us that the model/theory of an Activity System is a snap shot in time – that even as we look at it things are moving on, that the relationships don’t simply change as a result of the interactions with each other – but because the whole thing shifts.

OK. Take a chocolate triangle of activity Theory and visualise it in sequence. Better still, drop what you are doing and go and buy some.

Now take a piece and eat it.

The logic remains equally sound when I suggest that by consuming a moment of the Activity System in its last iteration you are enacting what the Internet has done and is doing.

This is what the connectivity of the Web does – the degree and scale of connections is overpowering and consuming.

That triangle of chocolate, nougat, almonds and honey that I see as a multi-sensory expression of an Activity System may be digested in the stomach, but its ingredients hit you in the head.

Which explains my interest in neuroscience.

It happens. It should be visible. It can be measured.

Just reading this a million Lego Characters are kicking a few more million molecular bricks along a dendrite in part because they must, then again just to see what happens (yes, I have just read ‘Neuroscience for Dummies’). So some stick in odd places. Some will hit the mark (whatever that is) while another will remind you of the very moment you first nibbled on Toblerone.

I LOVE the way the brain will throw you a googlie. (as a fraction of the planet know cricket other metaphors are required. I never even played the game as I was deemed rubbish – actually, though no one spotted it in five years of prep school, I needed glasses).

On the one hand, my interest is to take a knife to all of this, chop it off and put it in the compost bin so that I am left with something that is ‘tickable’, on the other hand I want to indulge the adventure of the composting process.