Home » E-Learning » When something important to me is about to come to an end I tend to lash out to make the parting of ways less uncomfortable.

When something important to me is about to come to an end I tend to lash out to make the parting of ways less uncomfortable.

I sense with OU graduation looming while this bridging module trundles on to who knows what that I will pretend I’m fed up and I don’t care. But I do. So I’ll try to bite my lip over the next three months as the inevitable parting of ways occurs.

Onwards to who knows what, though H809, with a bit of a spring it, ought to send me in the right direction.

Whether or not there is an institution out there ready to catch me is another matter – though I am looking, and I am talking to them.

In my dreams I’ll be taking Activity Theory into the outer realms of the Internet – San Diego preferred, though Helsinki is the alternative.

But that’s not why I’m here is it? And does it matter a fig where any of us anymore … so long as it stimulates rather than stultifies.

(Yawn, yawn to bring it up but when will the weather forecasters stop talking about snow, frost and high pressure lingering over Scandinavia and just say ‘this is so boring’ – so here’s a weather related picture we asked David Hockney to do instead and because he created it on an iPad using Brushes we can animate it – just like a weather front coming up form Nova Scoatia).

Fig.1 Third Generation Activty Theory … after Engestrom (2008) It’s not just a theory, not just model … it’s a game. Photo by the author in his back yard (in England this means it really is a concrete space with junk in it. We have a garden for the plants and grass for the dog to wee on).

To get my head around Activity Theory I had to get it out of my head and onto paper. The idea of putting in chess pieces was intuitive – like improvisation at Youth Theatre.

At any one of these nodes, not absolutes, just suggestions for the model, there are people. People are complex and never act as distinct interlopers. We have the bagage of our lives behind us – parents, siblings and friends. So an Activity System is always a great leap into simplification. Add too much complexity and why bother?

This third generation concept of two interacting activity systems has also had ‘historicity’ added … they are in constant flux, Think therefore of a series of overlapping frames. Whatever you look at now is soon gone … there is too much happening in such a snapshot for it to be set.

This fluidity now has another force to pull it apart – the Internet.

I’ll go and dig out the author of a paper, approved by the editor of the book it is in by its editor Yrjio Engestrom (Mr AT himself) where  the argument is that the Web means that all nodes are equally connected with all others.

I visualise this as drops of ink in water. They are unstable.

This instability, more brain like in its connectivity, is where we need to move on from Activity Theory.

Of course, carrying an examiner along with you in an OU assignment is quite another matter. I am currently challenging the OU where  I feel a paper I wrote was slashed at a) because I dismissed Wenger and didn’t have another 1000 words to make my case and b) put all my money on Activity Theory only to conclude that ‘we’ had already moved on …

Picking up tick points for an assignment is one thing – getting to the ‘truth’ seems to elude the OU. Too often I have felt that far from being on a postgraduate Masters programme I am in my first year as an undergraduate.

I guess having been brought up by the OU these lass three years I am like any teenager ready to exhurt my independence.

Where is the discourse? Where is the innovation? What is the point in any of this if every word has to be written as if pasted into cells of an Excell file so that someone can tick you off?

Is there anyone observing the MAODE for even the slightest sniff of orginality ???? 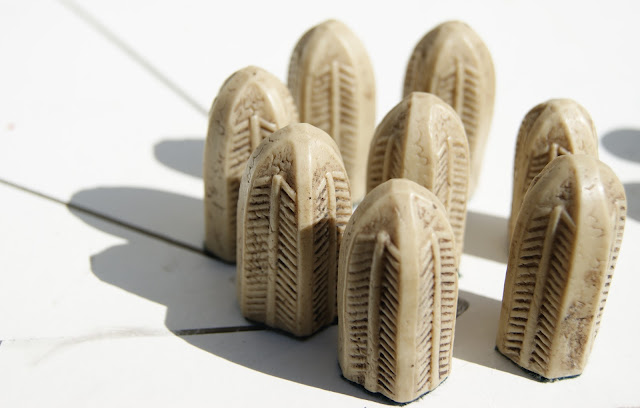 Fig. 2. Division of Labor (sic)
Like a cabal of trade unionists or a gang in the school playground.
P.S. For anyone interested I have accumulated a libary on Engestrom … some books that with some reluctance I have propped up on top of the fridge or somewhere and a bunch of eBooks.
Engestrom as author are the books to read, especially the case studies. There are a few collections of papers that are indigestible and IMHO are an embarrassment to their authors. I’d has might as well have bought a phone directory. Communication, or the inability to do so, will define the next generation of ‘digital’ scholars. If you cannot say what you mean and for this to stand up to the scrutiny of anybody then don’t bother. Academics should never have dreamt they were only ever supposed to be writing to each other. If you cannot sit you grandmother down and tell her what you think, then you need to go away and think a bit more. Not meaning to be disparaging to mega-super hyper intelligent grandmother’s out there – the same would apply to describing all the above to the 7 year old boy who is kicking a ball against a fence down the road.
P.P.S. Yrjio Engestrom is based in Helsinki  and San Diego.

Like Loading...
By Jonathan Vernon in E-Learning, H809: Practice-based research in educational technology on April 4, 2013.
← When I think if learning, I think of the minuscule intricacies of the component parts of the brain and at the same time the immense vastness of the known universe. Scrambling your head in the nodes and interludes of Activity Theory →