(The text below is a verbatim transcript from an interview conducted with John A Wilson MM in his 96th year in 1992. He was a machine gunner in 104th Brigade serving on the Somme and at Passchendaele. Here he mentions pill boxes, or block houses, German concrete bunkers that edged the Ypres Salient. These were taken, with great cost, between August and November 1917. Jack was sent in, undermanned, usually two men rather than five, to keep a Vicker’s Machine Gun in action for two days. One one occasion he was out for a week. He could not be reached. I believe he was either in Egypt House, or, once cleared of dead Germans, in Nobles Farm – both approaching Houthulst Forest north of Poelcappelle in mid to late October 1917. In every case the names of those he mentions, as well as places, have been verified through Trench maps and from Commonwealth War Graves data for those killed. In 1992 Jack attended the 75th Anniversary of Passchendaele – or Third Ypres, and marked spots where he buried his colleagues).

The original interviews were recorded on Sony digital tape. They were digitized in 2013 and will be available as a podcast. 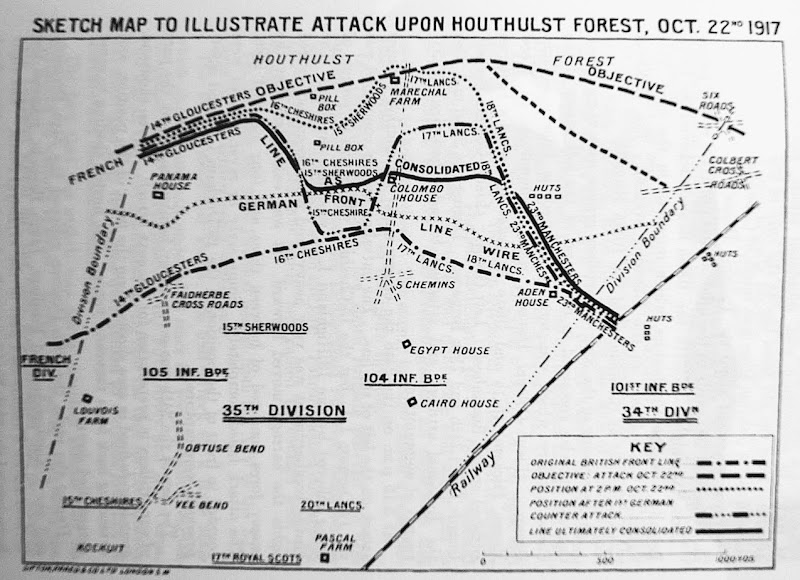 Fig.1.  The attack on Houthulst Forest, 22nd October 1917, North of Ypres .From the History of the 35th Division in the Great War. L-C H M Davson

“The Pig and Whistle, Columbia House, Courage Post … They were oblong, about 10ft long, with a bit of a table, two beds made with wire netting, with a bit of a dip and a step down to get in. I was in Courage Post. We had it all sandbagged up. The gun was on its SOS feet. It was partly snowing at the time and the door was covered with an oil sheet in case of gas. And here’s muggins with a couple of bricks and a billy can cutting some shavings to make a bit of heat  when this Jerry sticks his head under the oil sheet. Nolan was having forty winks. He started talking away in Jerry”.

Without hesitation I jumped on him and got him down. Poor little devil.

“Get up man. See if there’s any more, see if we’re surrounded’.

We had him with us all day and had some tea. I patted him on the back. I said ‘La Guerre Fini’. I can still see him and he’s only a little chap as well. They used to have those long coats with pockets. He had one in here with a picture in it of his wife and kiddies. He showed me and cried. He was just human like anyone else, forced to do something he didn’t want to do.

He had a brand new Mausser in a back pocket; he could have just pulled it out. It was fully loaded.

Blair was a Scot from Glasgow … he happened to come around.

“Where the hell did you get him from?”

He went away with the Mausser.

“I’ll send someone up from Brigade HQ.’

And he sent this Sergeant and Corporal up.

I can see him now being marched down the duck board to Brigade Headquarters.

The next day all hell let loose on this ruddy farm in front where they reckoned there was a machine gun. No more Nobles Farm after a few minutes.

Egypt House was a tremendous pillbox despite all the bombardment and in front of it it this huge forest – just tree stumps mind. It had three compartments.

We were occupying this top compartment, some infantry men were in this one, our section officer was in that one. There was a passageway here. It was facing the wood where Jerry was. No barbed wire. All shell-holes and mud. Behind us was what was left of an old country lane which ran up to the forest.

We had a gun on the corner. I went along to see Blair (C.O.). Came out, into the passageway, got to the archway out, then you more or less had to keep down to watch out for snipers. I’d seen Blair, taking the usual care, got to the first doorway, stood a second … bullets rattling the doorway from the wood. Jerry was chancing his arm. I stood there and he hit the doorway with one of these whiz-bangs while I was standing in the middle ready to go. I was almost blinded by bits of flying concrete. I waited until the smoke had cleared. I ran across and in … one of the lads says ‘are you alright, Jack?’

‘Yes’ I says, but was bleeding from scratches on my face. They were superficial. This was a bit stuck in a button.

(The first frosts were in early December, followed by clearer weather and fog).

By Jonathan Vernon in 1917, Passchendaele, Pill-box on August 5, 2013.
← That’s nothing compared to Passchendaele Souvenirs →