The Oxford Theatre Group on the Edinburgh Fringe, August 1982

Thirty years ago I took a Sony Betamax kit to the Edinburgh Fringe and shot all the action around the Oxford Theatre Group as they set up, rehearsed then put on five productions: Titus Alone, Edward II, The Thirteen Clocks, The Oxford Review and The Hunger Artist. 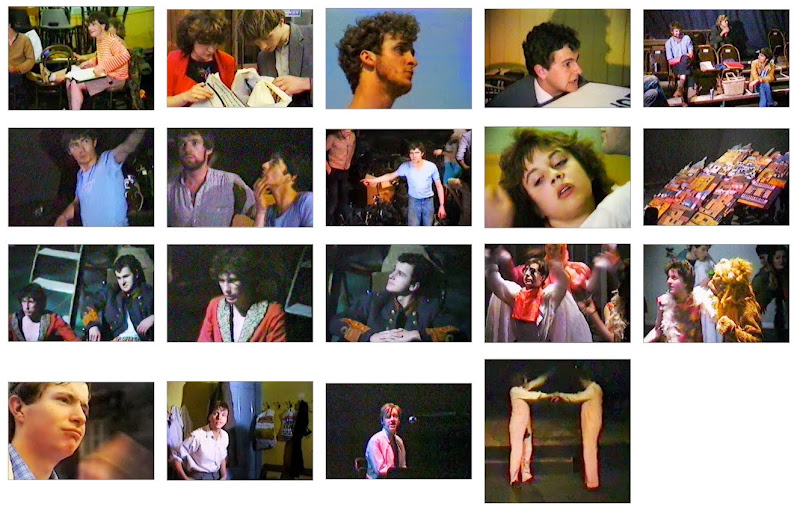 The clips above are random grabs from the video. The playback quality suffers from drop out. There are several hours of rushes – putting up the stage, putting up posters around town, rehearsals in a sunlit hall for Titus Alone and the Oxford Review, and rehearsing Titus Alone outside on Arthur’s Mount. The cut ‘documentary’ features several copyright music tracks that I need to replace before the entire video can be shown, for now those featured can view by providing their email address.

For three decades the original Betamax tapes have been in a box, carefully stacked, in an attic or garage.

Nicky King, who produced Titus Alone wrote and voiced the ‘documentary’ with Matthew Faulk the editor – all achieved mixing between a Sony Betamax and VHS player.

I’m keen to put together the complete crew and cast list – I had or have programmes and posters somewhere in a large box.

Other productions I have from Oxford include: The Taming of the Shrew (OUDS) – hours of rehearsals, Abigail’s Party (Directed by Anthony Geffen) – the entire production, as well as various clips from other Oxford productions I am yet to identify.