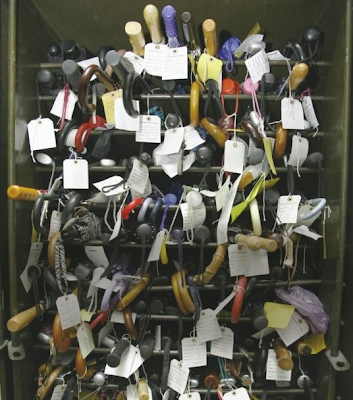 I’m delighted to say the Open University’s student blog upgrade is an enhancement. The improvements are seamless without any loss of what we had before … a ‘bulletin-board-cum-blog-thingey’.

Become an OU student to see this for yourself.

I will get Internet access in my ‘office’ – a studio down the road, away from home and family, DIY, the garden … but not the dog. She’s allowed.

All that it requires from me is something I lack – self-discipline NOT to get distracted by email, which includes updated postings from forums and the likes of Linkedin (let alone a gaggle of family members on Facebook). AOL is the worst as I innocently go to check email and find 20 minutes later I am still clicking through the inviting gobbets of news and sensation that is offered.

I had hoped to behave like the smoker trying to give up – I’ll only smoke other people’s fags. A very, very, very long time ago … I can honestly say I have never smoked a cigarette since I turned 20.

Or diet. We are living in an age where self-control is vital. Having not had a TV for several months I was eventually pushed to buy one. Courtesy of Which? we now have a TV so Smart that it probably tells my brother in South Africa who is watching what …. we can Skype sofa to sofa. I just wonder if our antics could be recorded and posted on YouTube? Not my doing but any of the teenagers with the wherewithal just hit a record button somewhere.

In all this hi-tech I DO have a tool I’d recommend to anyone.

I’ve invested in an hour-glass. In runs for 30 minutes. While that sand is running all I may do is read and take notes. This might be an eBook, or a printed book, either way they are on a bookstand. I take notes, fountain pen to lined paper. What could be easier? The left hand may highlight or bookmark and turn a page, while the right writes?

This works as the filtering process of the knowledge that I am reading and want to retain needs to go through several steps in any case. The handwritten notes will be reduced again as I go through, typing up the ideas that have some resonance for me.

My current task has been ‘How Europe went to war in 1914’ by Christopher Clark.

I doubt my second thorough read will be the last. From notes I will start posting blogs and going into related social platforms to share and develop thoughts and in so doing be corrected while firming up my own views. I need this social interaction, to join the discussion if not the debate.

Meanwhile I will revisit Martin Weller‘s book on Digital Scholarship.

However swift the age of the Internet may be he suggests it will still take a person ten years to achieve the ‘scholar’ level … whereas John Seely Brown recently reckoned this was now down to five years. i.e. through undergraduate and postgraduate levels and popping out the other end with a PhD in five years.

DIdn’t an 18 year old who was home schooled just get called to the Bar?

She graduated with a law degree while contemporaries did A’ Levels and finished High School and then did a year of pupilage I suppose.

The intellectual ‘have’s’ of the future will, by one means of another, achieve degree status at this age. The Internet permits it.

It tends to the median if not the mediocre. Long ago it found a way to process kids as a genderless year group instead of treading each student as an individual … so let them skip a year, let them stay back a year … allow them to expand and push subjects that appeal to them.

By Jonathan Vernon in Blogging, E-Learning, H818: The Networked Practitioner, MA in Open & Distance Education, Martin Weller, Mind Bursts, The Open University on September 18, 2013.
← My thirteen years and more studying with the OU has seen how I learn shift. Agony in art →