Openness comes with some caveats 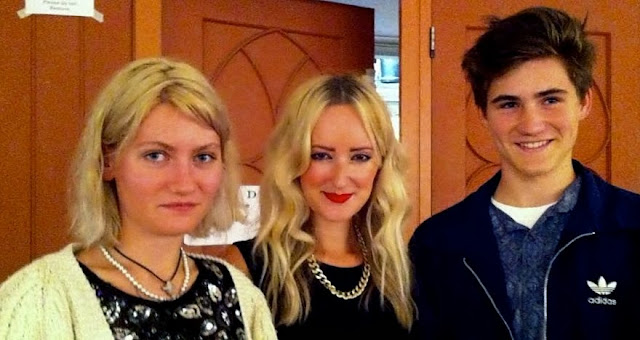 Fig.1 At the Brighton Festival – that’s Verity of ‘Verity & Violet’ – or is she ‘Violet’ ?  And what do they all have in common? I changed their nappies.

I’m getting a sense of deja vu as the rhythm of this module reveals itself. Openness comes with some caveats. It is not everyone’s cup of tea.

As people we may change or behaviour in different environments. I am not saying that we as individuals necessarily behave in the same way in an Open Studio online (a virtual studio no less) than we do or would in an open studio, as in a collective in a workshop or ‘atlier’ that is ‘exposed’ to fellow artists –  but is nonetheless human interaction with all the usual undercurrents.

What I believe will not work is to put a gaggle of creators in the same room and expect them to collaborate.

The studios of the ‘open’ type that I am aware of are either the classic Rennaisance workshop with a master artist and apprentices at various stages of their own development, or,  with a similar dynamic in operation, the ‘occupants’ of the studio are exposed LESS to each other and more to external commentators and contributors and this requires some formality to it .i.e. not simply ‘the person off the street’ but an educator/moderator in their own right.

Is H818:The Networked Practitioner too dependent on chance?

The foibles of a small cohort and the complex, messy, moments ‘we’ are in. Three years of this and, by chance only, surely, six of  us in a subgroup jelled. More often the silence and inactivity of the majority makes ‘group work’ a myth – partnerships of two or three were more likely. The only exception I have come across in the ‘real world’ have been actors working together on an improvisation – they have been trained however to disassociate their natural behaviours.

Some of us study with the OU as we cringe at the ‘exposure’ of a course that requires us to meet in the flesh – distance learning suits, to some degree, the lone worker who prefers isolation.

By way of revealing contrast I am a tutor at the School of Communication Arts – a modest though pivitol role given their format and philosophy – exposure to many hundreds of kindred spirits who have been there …  a sounding board and catalyst. NOT a contributor, but more an enabler.

My thinking is that to be effective, collaboration or exposure needs to have structure and formality in order to work.

At the Brighton Arts Festival the other evening I wonder how the 80 odd exhibitors would cope if the Corn Exchange was also their workshop? In certain, vulnerable environments, the only comment should be praise. Feedback is invited from those who are trusted.

A school setting is different again, as is college … people share the same space because they have to.

Open Studio apears to try to coral the feedback that comes anyway from a connected, popular and massive sites such as WordPress, Linkedin Groups, Facebook and even Amazon. Though the exposure, if you permit it, is tempered and negotiated – Facebook is gentle amongst family and friends, Linkedin is meterd and professional in a corporate way, WordPress is homespun while Amazon, probably due to the smell of money can be catty – and in any case, the artefact is a doneddeal, it’s not as if, to take a current example, Max Hastings is going to rewrite his book on the First World War because some in the academic community say that it is weak historicaly and strong on journalistic anecdote.

By Jonathan Vernon in E-Learning, Tertiary Education, The Open University on October 4, 2013.
← Digital Scholarship What is digital ‘academic’ scholarship? Should 19th and 20th century definitions even apply? →