Home » E-Learning » Collaboration amongst strangers is a tricky one. I’ve seen it work and I’ve seen it fail. 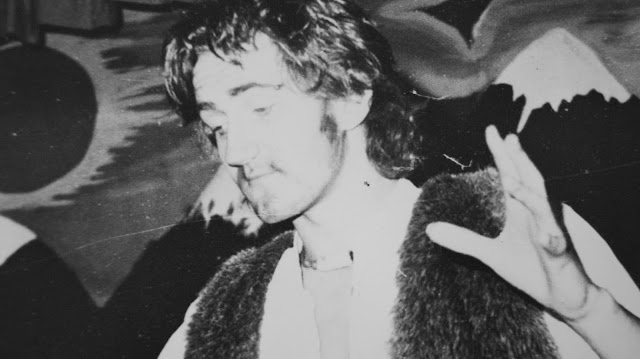 Fig. 1. Performing in an amateur production of the Caucasian Chalk Circle. The ultimate collaborative exercise?

1) It requires scaffolding in the form of rules, or guidelines, mentor or leaders, and incentives in the form of punishments and rewards i.e. the risk of failure as well as recognition and some kind of reward (which might be a qualification, a monetary award, or part of a completed artefact, or pleasure of participation).

2) It requires people with an obsessive common interest; I don’t believe having a common interest is enough. There needs to be an obsession, which means that the level of expertise can be mixed, indeed, thinking of the John Seely Brown concept of ‘learning from the periphery’ this might be best as invariably the natural human response IS to support those on the edge. The classic example is the young and eager student or junior employee keen to learn from his or her elders.

My concern with the role of collaboration in a module on e-learning is that the above don’t fully apply. We are not GCSE or A’Level students. Most are MA ODE students who need this towards their MA, but I’ll stick my head out and say the pass mark is, in my opinion, too low. I believe that it matters to be paying for it out of your own pocket or to have a commercial sponsor expecting results. I know that some working for the OU do these modules almost on a whim because they are free and they do the minimum to pass – I’ve seen this on various courses,  seen it myself and have had it corroborated by other students. Anyone who is along for the ride in a module that relies on collaboration is a weak link – of course plenty of OU people do take seriously, but some don’t and no line manager is looking over their shoulder. At Carnegie Melon they ran an MA course where students gave each other, on a rolling basis, a mark for collaboration – those with the lowest mark risked failing that module. In fairness some people are not born collaborators, whereas others go out of their way to be a participant, potentially at the expensive of other parts of their studies.

To my tutor group I’ve posted too long a piece on a collaborative exercise I have been doing on and off for the best part of twenty years – I’m researching and writing my grandfather’s memoir from the First World War. The Internet has exposed me (in a good way) to several sleuths.

I can however give an example of the learning design MOOC earlier this year that whilst having a good deal of scaffolding and human support relied on strangers each coming up with project ideas then joining forces to complete one. In a rush of activity, with some big name e-learning folk and too much formal theorizing, reading and activities to groups formed. I had no takers and joined a group of three that became five, but very quickly this became two of us … we gamefully pressed on but at some stage felt we were missing out on the real action so eventually pulled out as active participants.

Then there is a two week exercise in a subgroup of an MA ODE module where circumstances brought a magic bunch of strangers together – this has proved to be the exception rather than the rule.

Amateur dramatics, even volunteer cricket, to take a couple of examples, work because the show is the collective reward. We have bonfire societies here in Lewes that rely on volunteers too – though the complaint will be that it is always the same handful of people who do everything. In a work or academic setting should everyone be rewarded and recognised in the same way? It depends very much on a group dynamic or bond, a common sentiment that comes from working together in the flesh.

I believe that the First World War, now that I am an active member of a society and studying it on a formal course, is largely of the type 2 participant. We are ‘trainsporters’ in that nerdy, glazed eye way – with specialists who know everything about uniforms, or tunnelling, or submarines, or dental decay on the Western Front, or a particular general, or like me – a grandfather, or great-grandfather who was a combatant.

My worry about e-learning as a collaborative arena is that it is the process, so we are a cookery or gardening club. However, there is significant variation in each of these – vegetarian cooks, cupcake bake off specialists and Heston Blumenthal wannabes – amongst the gardens there are PhD research students growing dwarf barley and weekenders who’ve keep an allotment. Whilst we have interest and the module to sustain us, only in a conort of 1000 or more would for some, there be enough likeminds to form a team.

Why, historically, does one band stay together while another falls apart? Collaboration is a tricky business – and maybe only in a business setting between employer and employee, or between contractor and client can it be sustained?