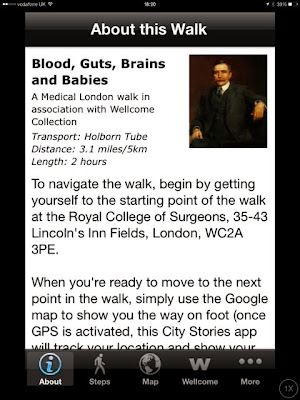 City Stories are files of content, like popdcasts with text and audio, with images and video, linked to a map that spots each ‘talk’ and tracks your position. 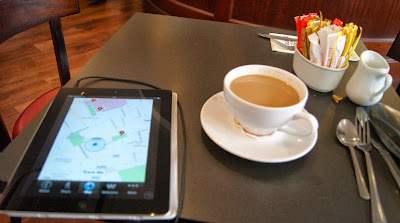 Fig.2. Where the walking starts and ends

Reading about this online and taking a look is one thing. Going to London to walk the talk is another experience entirely. The immediate and obvious point is the context. You aren’t looking or listening to this content at a desk at home, but on the move. I get my bearings at a Patisiere Valerie in Holborn then head down the road to Queen’s Square and a hub of hospitals that have been growing up here for centuries. 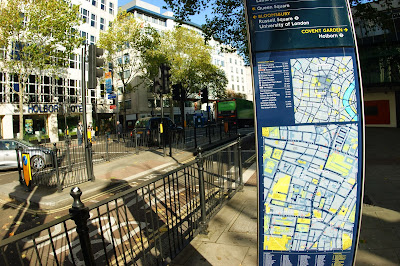 Fig.3. Where’s the value in information that already exists?

There’s no longer any excuse to get lost in London? And not more call for a GPS tracker? 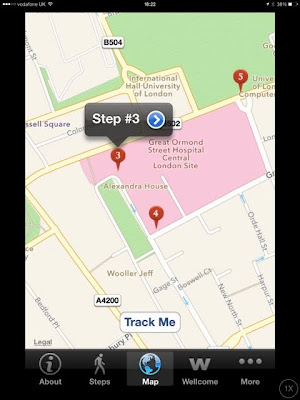 I put on headphones and become another pedestrian lost to the world, though probably taking more interest in my local surroundings than most. 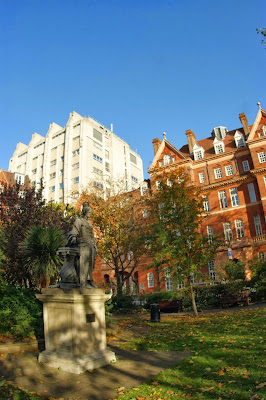 I start in Queen Square Gardens. I find the audio guide somewhat eclectic though. It is sponsored by the Wellcome Foundation and has a medical theme, but the narrator sweaps up random historical tidbits from far and wide – we go from the first houses and first hospital in the square, with quotes from letters or diaries and then it is mentioned that a Zeplin dropped a bomb in the square during the First World War and that people sheltered below the square in a shelter during the Second. 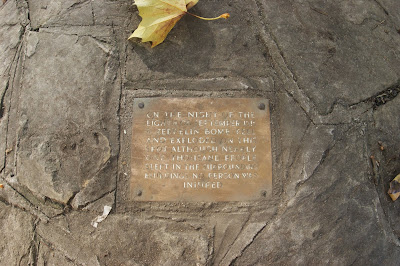 Fig. 6 Where a Zepllin dropped its bomb on 8th September 1915

It harmed no one, though it left its mark.

And this commenced my search for this plaque to the Zeplin bomb, which I finally located, under dust and leaves and barely legible having by now found so much more that I wanted information on that this audio guide didn’t provide. Of the 32 garden benches in the square only one does not have a dedication on it: most are to residents, some I would understand were treated in one of the several hospitals around the square, as well as memorials to former consultants, doctors and nurses. Poignantly, one to a person mudered in the London bombings. 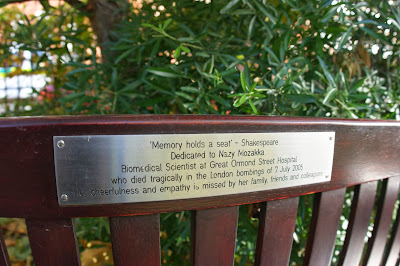 Fig.7. One of the more poignant of some 28+ plaques commemorating those with a connection to the square – this is where ‘pinned’ augmented media can tell a story.

These are many interesting human stories here, non of which are explored. 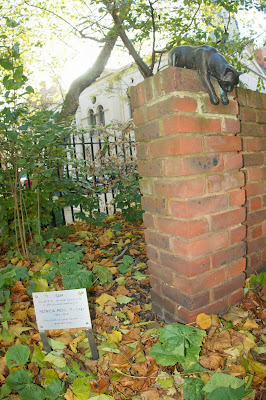 Such this memorial to a cat, as well as assorted other memorials, few of which explain themselves and none of which are mentioned in this audio tour.

It’s as if the guide was written without actually standing in the square, looking around and as a radio broadcaster would do, give some colour and background to what you can see as you turn on the spot, or follow the path around the square. To miss something out is to say something, just as it says something to put it in.

My interest and disappointment here is that I thought there would be a set of QR codes around a trial of 3 miles and at each one I’d call up the link to information that would, if I looked around me, would inform me of what I was seeing and what is going on behind the scenes. It could offer a soundscape of a different era. Memorable insights. Something to encourage me to start a journey, to want to find out more. I didn’t. I expected more on the Great Ormond Street Chidlren’s hospital but got less than I’d get from a quick Google to Wikipedia or YouTube. It did take me to Thomas Corram’s Foundling Hospital 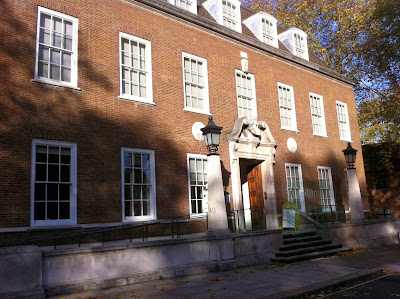 The opportunity to create highly relevant, engaging, memorable, award-winning mobile learning exists. The above was created using the open software from WordPress. The research needs to go beyond the obvious, beyond the everyday guidebook or wikipedia. You need to knock on a few doors, get some local colour, hear from people who live in the square … or lived in the square. And if you want to do a ‘drama reconstruction’ then get the investment for a proper soundscape, actor(s) and script. Leaving questions unanswered is fine – it is easier enough to research further.

Most fundamentally, who is your audience for this?

There are three kinds of people in this part of London: UCL students, patients and visitors to the many hospitals and those working in the hospitals and universities. Many will have a smartphone. IF they know what a QR code is then I’d expected to see this placed in opportune spots like miniature versions of those blue plaques you find on houses.

Isn’t Google running something with Google Maps where you can pin content, audio and video, to a GPS location?

By Jonathan Vernon in E-Learning, H818: The Networked Practitioner, Innovations, M-learning on November 15, 2013.
← Can the idea of reviewing be used in a visit to add content and threaded conversations that others can then follow or add to? Museum of London: QR codes →