Home » E-Learning » Can you name these men from the RAF who trained in Crail during the First World War?

Can you name these men from the RAF who trained in Crail during the First World War? 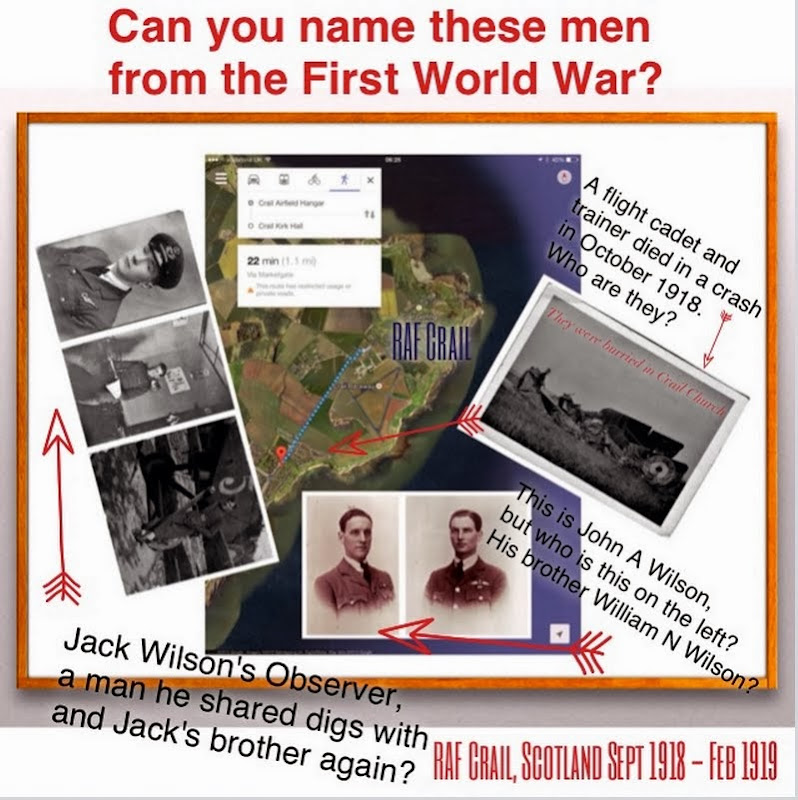 Tens of thousands of young recruits died in training, this was particularly the case of Flight Cadets learning to flying the flimsy and unreliable aeroplanes of the 1914-18. Here a photographs shows a crumple Avro Trainer that killed the cadet and trainer. They are buried in Crail Church. Jack Wilson, whose memoir I am exploiting to create content took the picture. He was about to go solo for the first time and had a crash himself. Some cadets were so terrified they hid – they were found jobs on the airfield. Who are they? Who was Jack Wilson’s observer? Who is the person who shared his room? Had they gone through the same training as a cohort over the past six months starting at Hastings, then moving to Bristol, followed by Uxbridge and then to an airfield. By putting names to faces we can start to tell their stories: where did they come from, where had they been at school, what did they do in the war? As we approach the 100th anniversary of the First World War new ways need to be found to bring names on memorials to life, to remember the horrific sacrifice and reflect on how it came about.

By Jonathan Vernon in E-Learning, H818: The Networked Practitioner, MA in Open & Distance Education on December 23, 2013.
← Step by step prompts to contribute detail to a First World War Memoir Remember them. Share their story. Bring them back to life. QR Codes on Poppies. →