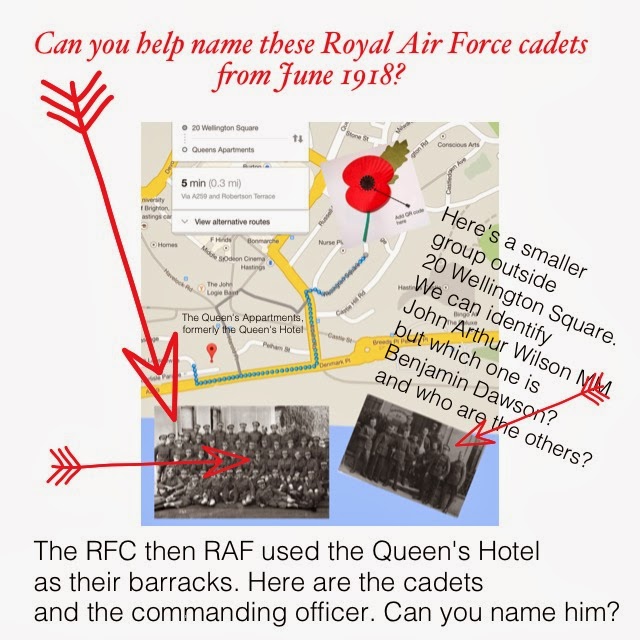 During the First World War the Royal Flying Corps – renamed the Royal Air Force in April 1918, put recruits through military training in Hastings – this included a fitness regime on the South Downs and swimming in the sea. Jack Wilson transferred from the Machine Gun Corps at the end of 1917 having served some 18 months across the Somme and Ypres Salient. His memoir runs to some three hours though it remains incomplete – who are these people alongside him the the cadet photographs. The picture on the left was taken by the Queen’s Hotel and would appear to include the entire intake with the Commander in the centre. The second picture was taken outside a club then in a building known as Howard House – it is 20 Wellington Square just a five minute walk from the Queen’s. Seen on BBC South East someone thought they recognised their 19 year old father Benjamin Dawson.

Help would be appreciated trying to identify all the characters in these pictures. The National Archive at Kew proved unhelpful. Where are records of those serving in the Royal Flying Corps and Royal Air Force kept?