Home » Creativity » The contents of my brian

The contents of my brian 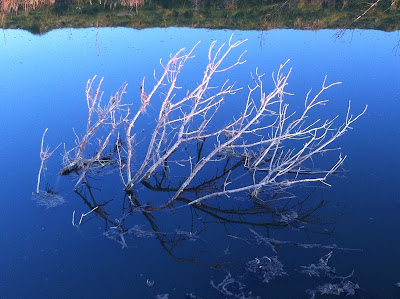 Fig. 1. A moment to reflect

This by the by was the title of a TV screenplay I submitted to the BBC – rejected otherwise you might have seen it on the box by now and I wouldn’t be sitting here.

As the round up to my final, final MA ODE module H818: The Networked Practitioner it is suggested that we prepare a timeline drawing on possible blog entries, as well as ‘appearances’ in the OpenStudio platform we’ve been using.

The surprise is to find a dozen references to H818 from 2012 and when contemplating how I got to the ideas that I delivered for H818 where these may have emerged from. This in turn takes me as far back as a visit to the Science Museum in 2010. Then all manner of things, from the launch of Martin Weller’s book ‘The Digital Scholar’ and attending seminars in Bristol on ‘curation’ and earliest indicators that I may take an MA in First World War studies having tried to write on the subject for … well, 22 years ago another failed TV play optioned by Tyne Tees Television called ‘That’s Nothing Compared to Passchendaele’ – which is what my late grandfather said to me while we watched the local news featuring a private in the Durham Light Infantry out in Saudi Arabia. He was 96 in 1992 and had joined the DLI in his teens in late 1915.

And all of this for my very, very, very last EMA ever.

And what did I just jot down

Talking of writing … never one to say never, I have committed to a week long ‘retreat’ with a dear friend and writing tutor. My goal is to work on … ‘The Angel of the North’ a story set in the era of the First World War about a woman who flies over the Western Front.

(Actually, I’ve just thought of that. She does fly with an RFC pilot/instructor … and in the final pages is about to set off to attempt to fly the Atlantic for the first time in the wrong direction. She does, as a couple of women did, impersonate a soldier to get herself into the Front Line …)

Oh boy. And I thought I was done with writing. Thought that getting 5,000 words finished was a challenge. It is, but the OU provides the parameters and schedules, the kick up the arse and the carrot that no other kind of writing has yet provided. Except for once.

Meanwhile I must get the kids to school, must walk the dog and must prepare for an online conference I madly volunteered to do a few weeks ago as if I didn’t have enough on … which will include sitting with a veteran of the Second World War this weekend, he was in the Polish Resistance during the Warsaw Uprising. I have a Sony Flip camera and digital sound recorder in my pocket determined to interview him as I did my grandfather …

Onwards to … more of the same I should think

By Jonathan Vernon in Creativity, Dream Bursts, H818: The Networked Practitioner, Life, MA in Open & Distance Education, Mind Bursts, Mistakes, Reflection, Research, Scrapbook, The Open University, Writing, WW1 on February 27, 2014.
← What do you understand by the word ‘curation’? What does it mean in relation to content online? Collaboration amongst strangers is a tricky one. I’ve seen it work and I’ve seen it fail →