Home » Creativity » Learning at the speed of desire

Learning at the speed of desire 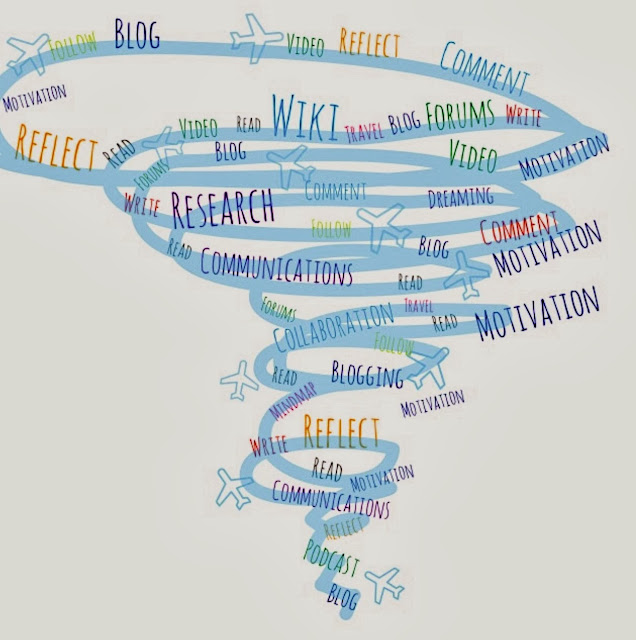 For a brief period I have been a registered student at three universities: Oxford Brookes (FSLT14), the Open University (MAODE H818)  and the University of Birmingham (MA First World War). This is what my mind needs to feel I am ‘in the flow’. Live TV does it too – behind the camera, anything can go wrong, or go right.

The first two online and the latter campus based. My motives for joining FLST14 were to push my learning towards education in Higher Education and applied learning in business – as a practitioner I’ve been making the transition from production and learning services to the education side for a good decade – seeking to be part of the learning process rather than creating resources at a distance. First Steps into Learning and Teaching 2014 (FSLT14) came along where I have had a brief window and for an opportunity to revisit, understand and apply this process of reflection it worked where previous efforts to crack this have failed. I’m also, in some respects, testing from a professional perspective different learning platforms and approaches.

I’ve done three MOOCs in as many years – some huge, one so closely managed it was like a formal MBA module. I’ve done and nearly completed a FutureLearn MOOC too (WebSciences) and enjoyed taking part in another FutureLearn MOOC on Hamlet (University of Birmingham) as an observer. I can see myself doing a couple of these a year: they replace an inclination of buying hefty, coffee-table non-fiction books on a thing in the belief that ownership alone will result in the transmission of knowledge from the page to my head. For the last decade I’ve applied the same principle to eBooks which hasn’t worked either. I need to be reading the things for a reason – increasingly this is because, voluntairly, I need to respond with a book review, intelligent intercourse in a seminar or in an essay that will be assessed and graded.

It is interesting to be back in class: lectures and reading lists with essays to write, but the comparison I make for FSLT14 is with other online modules.

Where, for me FSLT14 worked so well as that it clearly knows what it can and cannot deliver. It is a Bonsai tree, not the entire forest. It might even be a cherry-tree haphazardly trained along the back wall of the garage if I am to continue the metaphor. This is a blessing. More is definitely less.

I’ve been on modules that say it is 14 hours a week but it quickly becomes apparent that it is more like 22 hours – sometimes they excuse this by having ‘Optional’ activities, but these are ambitiously long, even indulgent reading lists set up us students to feel we may be failing or inadequate if we can’t or don’t take an interest in these. I am not a strategic learner; I expect those responsible for the learning design to do this. If you go to the trouble of putting a book or paper it is because you expect students to read it – rather than, what I feel the academic is doing – showing off how much they have read. Research shows that activities that are marked ‘optional’ are not done. I find, where I do these any effort lands on deaf ears – no one else could give a monkey’s … That said, I’ve also just completed an OU heavy-weight H818: The Networked Practitioner.

Here the commitment and presence of the Chair was palpable and of enormous value. As students it is encouraging to us to have those who designed a course to show maintain their presence.

On the one hand you have the course content, designed and posted online, on a railway track learning journey that is suitably detailed, but never overwhelming. You can battle on alone, or join in. With fellow students this is straight forward, it is simply a matter of sticking your head over the garden fence on a regular basis and returning the compliment of someone commenting or providing feedback to do the same to them … while being mindful as you become one of the experts to look after those who may feel on the edge of things. How, when and if the tutor is a presence depends on if they go by their contracted hours, or are indulgent enough as a vocational educator to be around. I feel a tutor should host their group. Over four years, and seven modules I’ve had seven tutors, of course, though seen and probably remarked on the actions, behaviours, strengths and weaknesses of at least another 14 tutors. Some what the French call ‘animateurs’ – they galvanise their group; others are withdrawn, very academic and correct – but brilliant in their own way. Others become, for want of a phrase ‘one of the lads’. I’m less certain that this works or is appropriate – not in primary, secondary or tertiary education. And so on. The worse are the ones who simply are not there. Who seem to have less idea what is going on than their students and as you’d expect a student who is struggling to do start to winge and make excuses. I’ve never had to do it so I ought to be more circumspect; I am sure that it can only be reasonable to expect tutors to work their contracted hours. My view of education and being an educator is more Socratic. I expect their presence.

With seven significant online postgraduate modules under my belt this is of course not the typical picture: some are heavily based on reading, others on activities with assessments patterns to suit. Mentioning the ‘traditional’ course I am doing, actually 1000 pages to read per week is clearly excessive isn’t it? You give up lie-ins and TV, and other hobbies …  (By the way, I share regularly in the OU Student Blog platform thoughts and hopes with someone who has now completed 21 postgraduate modules with the Open University. I think this equates to four degrees!!)

I describe my inability to see the wood for the trees as I was too busy enjoying being a woodsman.

I could not stand back and reflect on what had taken place – not during the course, though perhaps a few months later. I return to this horticultural metaphor as I found with FSLT14 that I could fit it in, no more, no less. I could see it for what it was and admired its focus. During FSLT14 I feel I have become fluent in the language of education. It has been the tipping point, the moment, where like learning a new language you feel the fog has cleared. 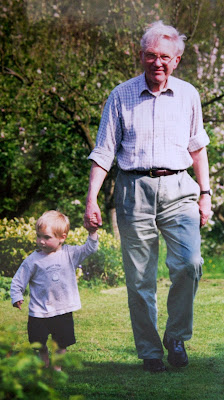 Fig.2. Dr. Zbigiew Pelczynski taking his grandson for a walk

Our feedback session felt like an Oxbridge Tutorial; I’ve had the privilege of learning through that system as an undergraduate but took it for granted thinking that it was how all university’s could do things. There is significant value in a few people being able to talk around a topic and have enough time to take in what people were saying. And of course, the global reach of this is such a revealing way to consider your own position and practice. My insight on the Oxbridge tutorial system – I was an undergraduate thirty years ago, has been embellished by marriage to the daughter of a prominent Oxford tutor and personality, Dr Zbigniew Pelczynski. I interviewed him about the tutorial system and shared this online. Ever since I’ve pondered how Web 2.0 could be used to give tens of millions the Oxbridge tutorial experience – some institutions are doing this already. The Webscience MOOC I did, though hosted by two University of Southampton professors, was populated, on rotation I think, by four PhD students each week. This meant, as we have come to expect using communications platforms, that more often or not, a reply came to whatever you posted in a few hours, or sooner – rather than days later or not at all. As an online student you start to recognise the pattern a tutor has – never on a weekday, never at the weekend, only on a Tuesday. That’s their plan, but it feels like a gross misappropriation of powers they ought not to have … to effectively ignore you until they can be bothered. All should and could be receiving updated posts on an RSS feed.

Fig.3. Something I drew.

Setting out to become a ‘Master’ of anything at all – ‘Open and Distance Education’ has received my attention, though four years ago I was interviewed to take an MA in Fine Art.

True! It has taken this extra year, a couple of modules beyond graduating with the MA, to feel that I can describe myself as a ‘Master’. It’ll be another six years before I can, some theorists think, a ‘Scholar’. But I, like John Seely Brown, do not believe in this ‘10,000 hours’ thing – I’ve read the original research paper on musicians learning violin at the Berlin Conservatoire. Playing a musical instrument does not readily translate to anything else or everything else, especially where most violinists start at the age of 4. Which is when Picasso picked up a paint brush under the tutelage of his father, an art teacher from the local university. What were your learning at age 4 that you have developed into an expertise ten or twenty years later? Picasso, in his words, could paint like Rubens by the time he was 14. And we know about Mozart. There’s value in starting young and sticking with it: swimming anyone? Singing too.

Web 2.0 allows ‘learning at the speed of need’, to prefer learning over TV or the gym, over friends and relationships, walking the dog and the garden.

I have for the last five months been working on two MA degrees in parallel – not something I would have considered even three years ago. Not only do I think it is doable, I think, with the right course, you can contain it to the 14 hours a week each requires. The magic, the synergy, the insights that come from this greater intensity is, going back to it, what Oxford and Cambridge expect when they ‘hot house’ students through their short, eight week terms. And how many hours are they expected to put in? At the Oxford Internet institute I was advised that the MA students would be doing 44+ hours a week. Intensity works once you are up to speed. For this means getting myself into ‘the flow’ as Mihaly Csikzentmihayli puts it.

By Jonathan Vernon in Creativity, E-Learning, H818: The Networked Practitioner, MA in Open & Distance Education, MOOC, Tertiary Education, The Open University on March 7, 2014.
← Do you know you xMOOC from your cMOOC? Would you prefer to read widely or pick the brains of experts? →