Death in the Ypres salient 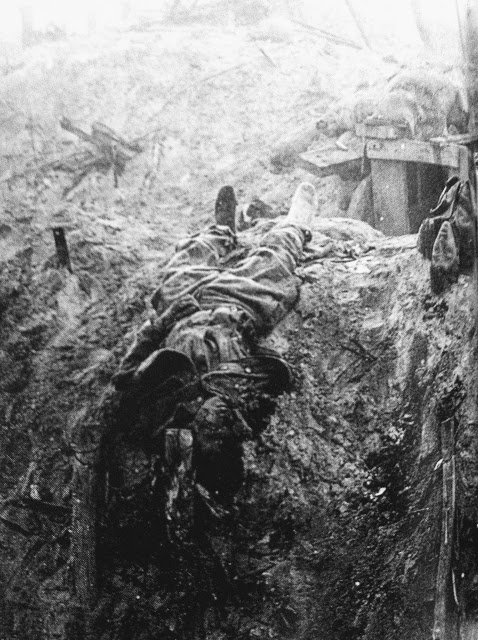 Had the public seen, and seen repeatedly, what death looked like between 1914 and 1918 perhaps the public outcry would have brought it to an early end. Or not. The dead then are the cartridge empties of today. Beyond comprehending the opportunities of open learning and the theory behind the processes that occur we as ‘educators’ still need to deliver content, to create an event, put on a show, get attention, set the tone for a programme of work. Martin Weller thinks that being media savvy is to add some downloaded graphics or snapshots to a slide, actually, the art and skill of communication as anyone in advertising will tell you is far more able to leave an impression. Making a bar of soap interesting is a challenge, making war interesting should be easy so long as you stick to what attracts interest: fighting and death. Three decades listening to my grandfather and I can only now take on board what it must have been like to be stuck, repeatedly, in a confined space, in harms way, with a buddy or two at your side, horribly wounded and slowly dying. 75 years after these events my grandfather returned to the very spot where this occurred and he broke down to think how they died, and why they died and the lives they never had but deserved, let along the wife and kids one left behind. He never recovered from that trip and died himself a few months later – it was as if death had touched him to the soul and after 97 years he could put it off no longer. The art of George Leroux comes to mind – horrific, gutsy, ante-war, hell on earth.

By Jonathan Vernon in E-Learning on March 15, 2014.
← Of what value is a diary? An ethnographic look at how people behave online in virtual worlds compare to who they are in the real world →