Home » voice » | World War One: 10 interpretations of who started WW1!

| World War One: 10 interpretations of who started WW1!

A handful of belligerent political leaders, primarily in Berlin, but also in Vienna, exploited the murder of the heir to the Austro-Hungarian throne Archduke Franz Ferdinand to pursue their long-held belief in Germany’s need for a world policy ‘Welpolitik’, even the right to world power ‘Weltmachtstellung’. Their machinations, deviousness, obfuscations and at times ineptitude and delusions, led Britain’s leaders, reluctantly, in August 1914, once all efforts at mediation had failed, and enough of Britain’s divided cabinet could unite after Germany’s invasion of Belgium, to go to war when Germany failed to respond to Britain’s 4 August 1914 ultimatum.

World War One: 10 interpretations of who started WW1 ~ BBC.

As nations gear up to mark 100 years since the start of World War One, academic argument still rages over which country was to blame for the conflict.

England Education Secretary Michael Gove’s recent criticism of how the causes and consequences of the war are taught in schools has only stoked the debate further. 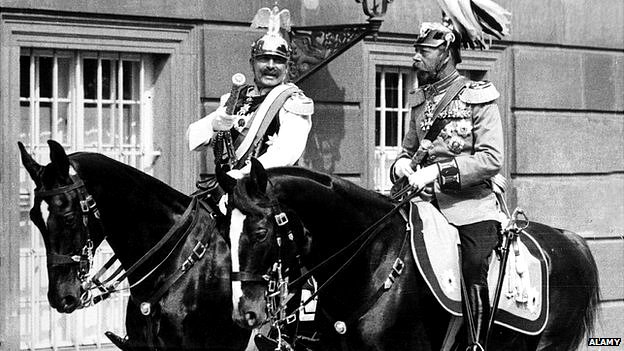 Here 10 leading historians give their opinion.

No one nation deserves all responsibility for the outbreak of war, but Germany seems to me to deserve most. 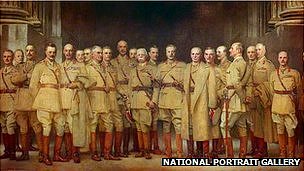