Understand Passchendaele to understand Britain in the First World War 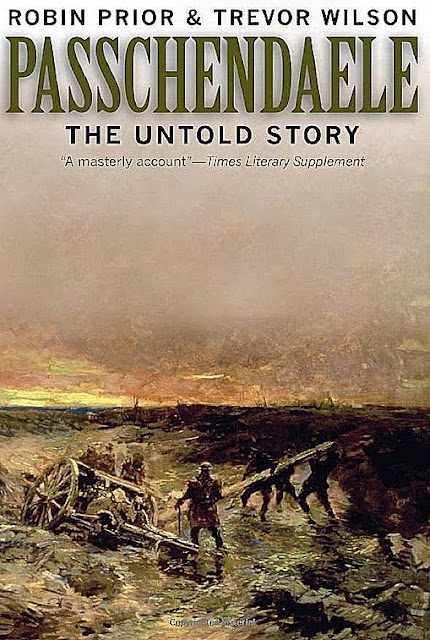 Like a disease my books on the First World War have more than quadrupled; you take the subject seriously (MA) and now I need six texts on everything. My current task, almost complete, is to understand what the f*ck went on during Third Ypres (Passchendaele). And now I know, largely due to this book: Passchendaele. The Untold Story (1996) Robin Prior and Trevor Wilson. When I’m told and go and explain what was going on to my grandfather, now approaching 118 and in an urn in the shed. Actually, as a machine gunner he was less likely to get killed or injured that the soldiers ‘going over the top’ – in some instances 50%, 70% even 80% of those being sent in became casualties all because … because our government i.e; Lloyd George had gone from hands on interference to letting the military get on with it, because Haig was the archetypal public school boy over promoted dim wit whose greatest skill was riding a horse and currying favour from those above and at his side. The evidence makes me angry. He could have and should have been removed, indeed, refreshing your military leaders, as France did, was probably a good idea.

A month in Passchendaele – October 1917. 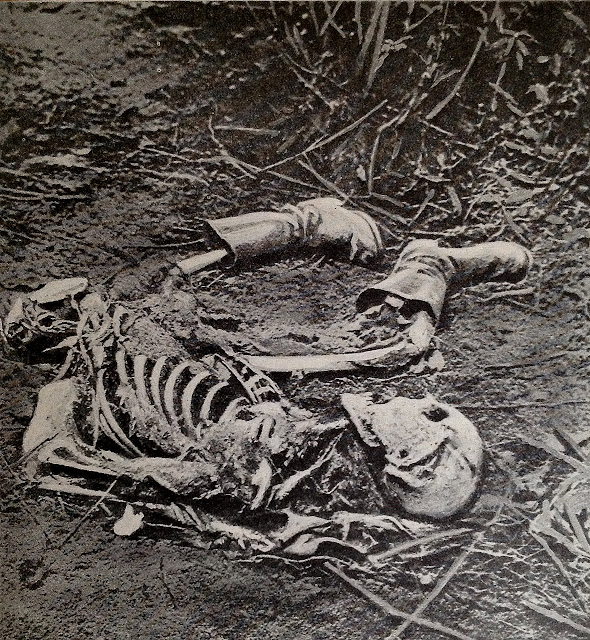 I’m giving a presentation on it on June 14th. Somehow my irritation and anger needs to subside into something more objective over the next month. It is NOT revisionist to curse the British military leader who, for all the evidence, expected tens of thousands of men (not all young, my grandfather served with a bloke of 42) to fight, despite everything that he was told and knew of how futile it would be, through the quagmire of the Ypres Salient. Haig allowed value judgements and private passions to supersede common sense … and by then blunt experience and evidence of repeated failure.

A week in the Ypres Salient

My grandfather was sent in to relieve a couple of fellow machine gunners on the 19th of October 1917. Columbo House. He went in a couple of times. Also Nobles Farm. This is south of Houthulst Forest during the final efforts to take the Passchendaele ridge. Getting to this part of the line could take many hours, in the dark, at considerable risk of slipping off the duckboards into deep, unforgiving shell-holes full of mud and water, body parts, blood and chemicals from gas shells. I have the local. I haven’t quite got the dates, but he was with machine gunner Dick Piper when he died of a stomach wound and had already buried the ammunition carrier Henry Gartenfeld – a married man with two kids in his early forties by the way. My grandfather always expressed his dismay that the man had got in, that the war should have been for unmarried men with no attachments. He had none. Or he kept quiet about it. 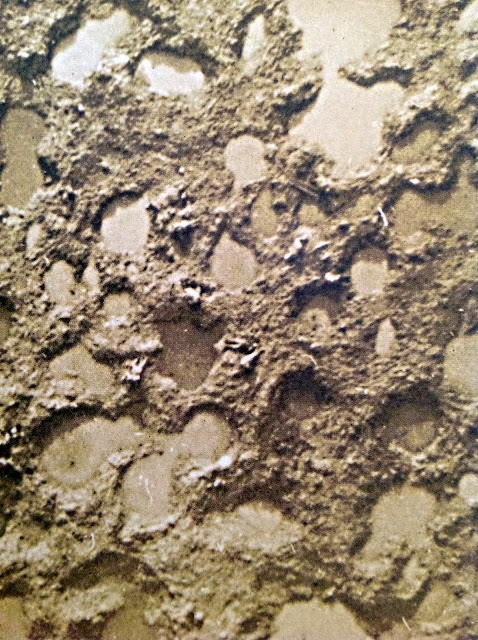 My impressions of what he went through ‘keeping the gun in action’ for a week, without relief, for a week have changed over 46 years. What I saw in my mind’s eye when I was five or six, cannot be the same as what I perceived when I was ten, or twenty or even thirty years older. As well as his own two men, dead or dying there were, some twenty Guards lying behind a wall next to this pill-box. All dead beat, or dead, or dying. Mostly gassed he reckoned. From some push into Houthulst Forest that had gone wrong. No forest of course, just the dissemination and wreckage as if a hurricane had swept back and forth over several weeks reducing the trees to stumps and sticks. Aerial photographs show a pockmarked land with handfuls of snapped matched sticks and on the ground or in the shell holes lice-like bobbles and impressions – dead men litter the landscape like eggs from a careless spider.

This is the view that Flight Lieutenant William Wilson would have had … my grandfather’s younger brother, who at 17 had joined the RFC and in 1917 was flying De Haviland bombers’ over the German lines to try and wreck railway lines. 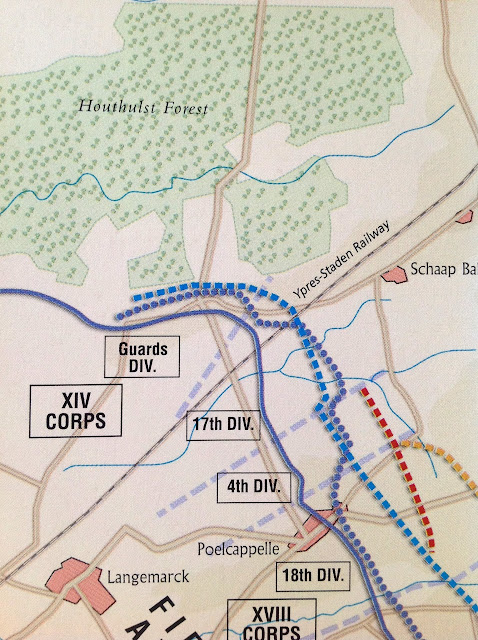 My first impression was bad, my second impression good, my growing view is not only on the bad, but anger that those who should have pulled Haig from the job, Lloyd George, did not do so. Though Haig and Lloyd George loathed each other they had something in common – they both carried on, in their own way, a merry little dance that was designed primarily to keep themselves in power and their reputations clean. All in power have to be accountable to others in a way that means they can be asked to account for their actions and record and where it is found to be failing they are swiftly replaced.