“They ran over to say ‘hello'”

My daughter laughed at how I described this but when you haven’t got the words and can only think of one other context this is how I described a couple of dolphins coming over to the boat; it was just like a couple of friendly dogs at the park coming over to take a look and have a sniff around. In this case the dolphins stayed with us for nearly half an hour. At other times they were clearly on their way somewhere, swimming with a purpose in a pod or simply came to take a look then swam on. 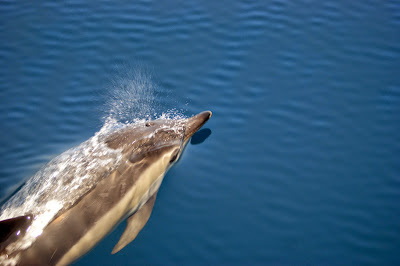 Fig.2 Off the bow of ‘Ximera’ – Spanish Coast

A welcome first. As was covering 600 nautical miles in four days. Job done. I recall agreeing to sailing the Atlantic next year so have already started to look at revisiting and improving my skills at sea. Having not been on a boat for at least seven years I was for the first time ever in my life horrendously seasick for the first few hours of this trip. Worse than a hangover? I had a bucket at my side – that bad. I just wished a hand would could out of the sky and lift me back onto dry land.

Armed with a Kindle during the lengthy periods when not much was happening, and during my four hour watch at the helm overnight I read two text books: another on the First World War, this time the 100 days in 1918 that led to the end of war and as the contrast fascinates me, a detailed account of the First Gulf War. 22 years ago my ancient grandfather was watching the events unfold on TV and said to me ‘That’s Nothing Like Passchendaele’. What’s interesting is to do this comparison.

One hundred years on it is worth comparing the causes of the First World War and to dread that events in Eastern Ukraine as indicators of the wrong response to the fragmentation of old empires: one hundred years ago the Ottoman Empire’s demise resulted in fractures at its edge – the Balkans and Middle East. Germany, eager to bolster another weakening empire, its ally the Austro-Hungarian Empire, took steps to demonstrate or test its power and influence to destruction. To what degree is Putin testing the strength or weakness of the Russian Federation by the decisions taken first in Syria to support Assad and then in Ukraine to support the pro-Russian separatists?

By Jonathan Vernon in Sailing on July 22, 2014.
← Why it matters to understand the causes of the First World War to avoid a third Ivan Chermayeff ‘Cut and Paste’ @ the De La Warr, Bexhill. →