Sunrise over the North Sea 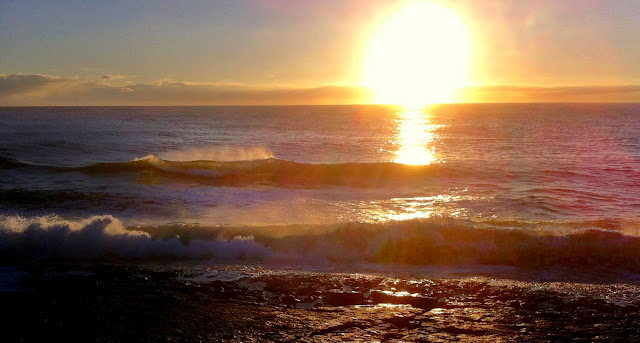 ONE: Sunrise across the North Sea from the Point, Beadnell

I’m up before dawn. There are stars still in the sky as I head from Beadnell Village along the sea wall road to the fishermen’s harbour. I clamber over the rocks onto the Point to catch the sun as it appears around 8H25.

TWO: The 18th century lime kilns and the harbour, medieval in origin and heightened in the late 19th century. 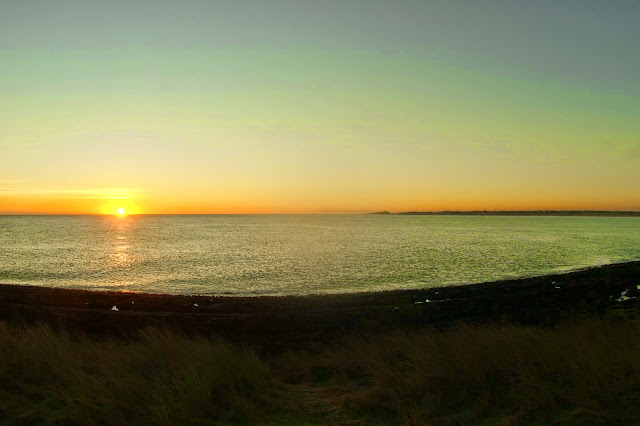 THREE: Hard to pick out using a fish-eye lens across Beadnell Bay to the immediate south, but that is Dunstanburgh Castle in the distance.

Why is the way the sun starts and ends the day such a special moment? This last week, wherever I have been up and down and across England the sunrise and sunsets have been fabulous. From the point on Beadnell Bay on the northern edge of the Northumberland coast, to the Cotswolds and home on the south Sussex coast.

The Point was used for Bronze Age burials and also for early Christian worship. Is the clear view of the sun from rise to fall part of the reason for this?

By Jonathan Vernon in Mind Bursts on January 1, 2015.
← Playtime in the fisherman’s boat What will you look and sound like twenty years from now? →