Home » Creativity » Is ‘Free Speech’ the religion of the West?

Is ‘Free Speech’ the religion of the West? 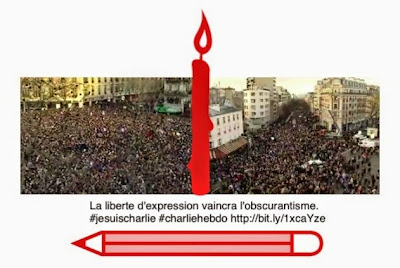 Fig.1. The three million in Paris on Sunday 11th January 2014 to show unity in the face of extremists and violence.

It has been 250 years in the making, but free speech has, int the West, has surpassed both monarchy and religion. It is a product of and made possible the secular ascendancy. I write this less than half a mile from where Joh Paine espoused his ideas in the meeting houses and pubs of Lewes, in Sussex, England. He had a personal loathing for the aristocracy and land owners. He took his ideas to North America where his words were enshrined in the American Constitution.

A single faith is the religion of many people around the world; it means more to them than consumerism, more than education, more than the state, more than democracy or even life itself. It invariably denies freedom of speech.
A little over 300 years ago a teenage boy blasphemed in Edinburgh: he was hanged for his offence, sin and crime. Does it take this long for society to change? Will the world be dealing with the clash between beliefs, opportunity and cultures for many centuries? I suspect so.
Those living in the West, by birth or by choice, need to understand and respect our faith – this belief in freedom of expression. Just as we need to accept that in other countries other rules are the norm.
At what point does irreverence become puerile and hurtful? We don’t have to buy Charlie Hebdo: it’s humour is offensive. There are lines, in the West too, against what may or may not be published – libel laws have proved to be effective against bile posted online against individuals. Visual ‘filth’ in the form of pornography having too often gone beyond the acceptable, let alone legal, is not an expression of ‘freedom of speech’ – anything goes does not apply in the West at all.

By Jonathan Vernon in Creativity, Writing on January 12, 2015.
← What’s a MOOC from FutureLearn life? It’s as easy as turning the pages of a book Erosion of the cliffs at Hope Gap, South Downs, East Sussex →