For the last 13 years regular walks on the South Downs, first with the children as they grew up – in better weather, and since with the dog in all weathers, I’ve taken photographs of the same views, and the same parts of the cliff much of which has now gone with the greatest collapses in the last 18 months. 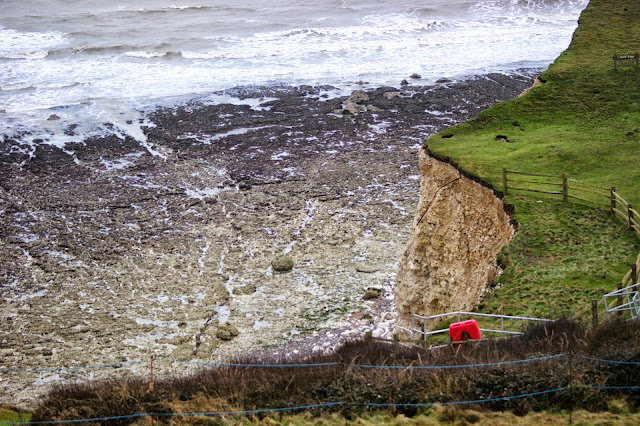 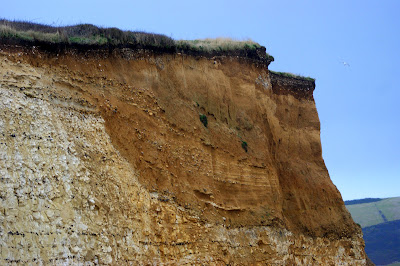 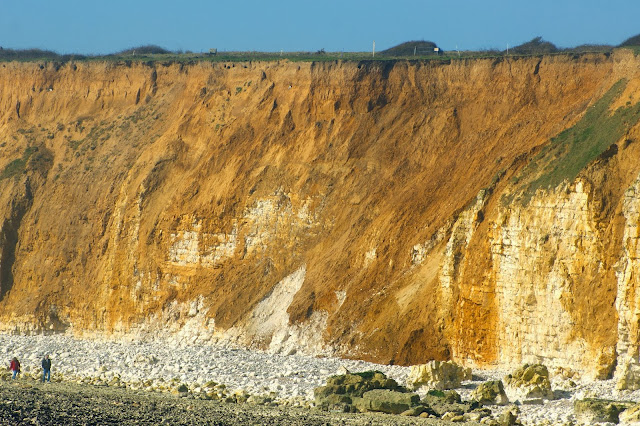 Fig.3. Erosion between Hope Gap and the mouth of the River Cuckmere, East Sussex. 9th March 2014

Loess blown here by Arctic winds during the Ice Ages. Water passing through becomes acid. This trickles into joints in the chalk, widening them to form solution pipes.

Fig. 6. Cliff erosion and collapse by the Lifeguard Cottages, Cuckmere.

Fig.7. Signage explaining the geology of the coast at Hope Gap and Cuckmere showing the ‘Seven Sisters’ beyond 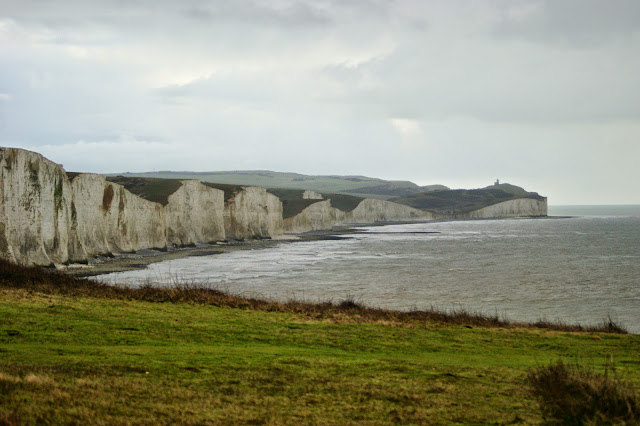 For years not much happened. 2000-2007 was benign. Regular trips to the beach to picnic and swim and the summer found on on the same platforms and rocks. Over the last two years the severity of the weather, the amount and intensity of the rain and the enduring strength of the wind from the south west has seen considerable cliff collapse: loess washed out from the top of the cliffs, as well as catastrophic breaks in the cliff itself leading to falls of boulders and rocks.

Walkers will see how the signs warning of the cliff edge have been moved further inland by several meters, while the wooden fence at the top of the concrete steps at Hope Gape have fallen into the sea. The Environment Agency has already already sections of seawall protection (concrete and netted boulders) succumb to the sea and in due course the steps will go to, eventually to be replaced once some stability can be seen in the cliff further back.

I want my ashes scattered here. Where my wife asked. What if it’s windy. I said down a rabbit hole would be fine. That or in the brambles, or into the sea at low tide.

By Jonathan Vernon in E-Learning, MOOCs, Tertiary Education on January 13, 2015.
← Is ‘Free Speech’ the religion of the West? On rewriting fiction – again →