Five years at a boarding prep school in leafy Northumberland 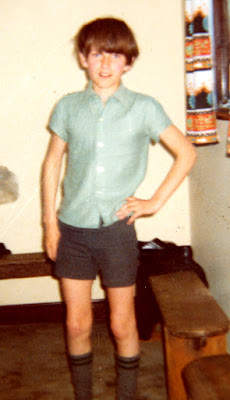 Fig.1 Before donning make-up and costume as the Station Master in ‘The Ghost Train.’ Easter 1973

I settled into Hedgehope Dormitory at Mowden Hall, a boarding preparatory school set in 32 acres of woods in Northumberland in early September 1969 (or 1970 I’m not sure).

The formal ‘Sunday’ uniform was much the same as I had worn at Ascham House, though now we wore green, not red. Both uniforms came from the same shop, Isaac Waltons off Eldon Square in Central Newcastle where my sisters also got their Central High and Westfield uniforms.

Mowden is less than 20 miles from my home in Gosforth, but it had might as well have been in a different country for a boy of eight or nine.

Occasionally a boy would run away, Rupert Van der Post walked cross-country towards Gosforth, following the electricity pylons that ran into the urban conglomerate of Newcastle-upon-Tyne in a straight a line as the Roman Road to the north. My older cousin Stuart also made it back to his family farm at Riding Mill.

I have kept a journal on and off for the last thirty years or more; my memories of Mowden come from entries in my first ‘Five Year Diary,’ letters home kept by Mum and letters I received from grandparents … and girlfriends.

I was at Mowden for five years

In my last year I had ‘a proper’ girlfriend, i.e. someone who wasn’t just a friend of the family or one of my younger sister’s friends; I was 13, she was 12. We met on a ‘School Cruise’ one Easter. We met on the last night, danced at the disco into the evening, held hands together during Auld Lang Syne and kissed by the railings on the port side promontory of the S.S.Nevassa. Kathy Adam was in St George’s House, at Rosemead School in Littlehampton, West Sussex.

We wrote to each other most weeks for a couple of years.

Letters at Mowden Hall were handed out after lunch each day by a teacher calling our name, these letters from Kathy, decorated with hand drawn flowers and love hearts, and the letters S.W.A.L.K. covering the envelope produced a cheer, each time, from the a dining hall of over a hundred boys.

On pink paper with a cherub on it she wrote in an uncertain, lopsided, childish hand:

How are you? I am fine. I am sorry I have not written but I am very buisy lately. There is an incect going around our school it is called nits. Nits are lice eggs and they live in your hair. A girl came over from Belgium brought them. 4 girls have been found with them and every Friday our hair is checked for them. Don’t worry I have not got them. I went on an outing on Sunday to a bird world in Farnham it was very good. I bought some love beads with wire bits in them and they look very nice. I am in Prep at the moment and I am ment to be working. Oh well. STUFFS!

Thanks for the photos they are lovely. I have had my half term. When is or was yours?

I MUST go I have got a lot of work.

Kathy was my first ‘girlfriend’

I cared for her, fancied her and thought about her. My pre-adolescent thoughts were innocent and romantic. Though we never met again, we wrote to each other for two or more years. One night we planned to ‘wish’ each other into each other’s dreams synchronously across the 250 miles that divided us. I tried using this idea in a story years ago – one of hundred of half-baked ideas I’ve squirreled away.

I remember our school trunks and ‘tuck’ boxes at Mowden Hall School, the houses (like Hogsworts School) were: Bewick, Grey, Collingwood and Stephenson (named after famous figures from the North East of England), the shelves of silver cups in the dining hall, the common rooms, the kitchens, Marmite on Toast, huge pots of tea, jugs of water, the matrons known as Matey Ma and Matey Mi, teas on rugs watching cricket, teas in the back of the car after rugby games.

I remember being crap at cricket, but enjoying scoring in a little pocket book

I also recall the ‘pissing’ competitions in the corrugated iron urinals next to the cricket pavilion, during matches the urine would run out through the entrance. Yuk. I remember part of the woods being cleared for timber.

I remember the cold frames and potting shed by the outdoor swimming pool before they were removed; we had flower gardens and vegetable gardens; I have a picture of my brother’s garden that one the ‘Gardening Prize’ one year. I remember having to wear white knickers in that unheated pool before we had achieved some series of swimming tests – Straker was stuck in such humiliating pants until he was a prefect.

I remember the ‘Science Labs’ with the apothecaries collection of glass jars and chemicals, keeping locusts and guinea-pigs; I remember the loft where we had art. I remember the gym where we played ‘pirates,’ and the fives court next to it.

We lost our first names entirely; I have no recollection of calling anyone anything other than by their surname with Ma or Min appended if they had a brother or cousin at the school. The Bainbridge brothers/cousins stretched this practice to Max, Ma, Min and Minimus. Because of my surname and having an older cousin and brother at the school I was known not as Vernon Min, but ‘Vermin.’

I remember the ghost stories we told in the dorms; ‘the green mist,’ the grey lady’ and ‘the monkey’s paw.’

The two most junior ‘dorms’ were Hedgehope and Till (named after small Northumberland mountains in the Cheviot Range).

I think there were only four of us: Brown, Malkin, the ‘Dormitory Captain’ called ‘Turnbull’ and me.

We had a rotten, green wooden ladder propped against the dorm window as a fire escape; this was later replaced with a proper, iron structure. We were introduced to making ‘bundles’ with our clothes, folding everything into our pullovers; we had to be ready for fire practice, which came early in each new term. In the dark, with torches, the alarms wailing like air-raid shelters we’d gather behind our ‘D.C.’ and head down to the dining hall where Mr Dakin did a roll call and rounded up the few boys who had been left asleep in their beds. I can’t recall the name of the dorm on the other side of the corridor where I went next. I remember the D.C. being a guy called ‘Young’ who told great ghost stories and at the end of term brought his guitar in. I was sick in my bed one night after a ‘tea’ after a rugby match – too much chocolate cake and coca-cola in a stomach used to eggy bread, marmite on toast, beans on toast, egg on toast, sandwich spread on toast and toast on toast with toast.

We did our teeth in a large communal washroom where ‘Matey Ma’ also made those from ‘sick dorm’ take a bath if they’d missed a ‘lunge bath’ downstairs. Maybe we had a bath or ‘plunge’ twice a week, once a week we had a ‘foot bath’ instead. Each morning Matey would come in, wake us, turn on the lights and open the curtains. We’d file out behind the ‘D.C.’

While in Beamish Dormitory various nicknames were created, there was a gang who became ‘Pinky, Perky and Porky’ Blacket, Ramsbotham and Saxby I think.

For some reason Ramsbotham and Blacket also became temporarily ‘surrogate’ parents called Sue and Francis, which we inverted to ‘Eus’ and ‘Sicnarf.’ While in Bewick David Malkin used to sleep walk across the room. I remember ‘dorm raiding’ well that summer term because when I leapt from the bunk with a pillow I cracked my left heel. I got away with not telling anyone about it until I saw a doctor at home. There was a hole in the roof to the attic in Beamish Dorm.

The last ‘dorm’ we slept in, and the largest after some extension work in the early 1970s, was ‘Tyne,’ with others, in no order, ‘Coquet’, ‘Tweed’ … named after hills or rivers in Northumberland.

I remember the games of table tennis, and ‘round the table,’ and playing ‘billiards’. I remember gatherings in the senior common room to watch 16mm black and white movies. I remember conker fights, the cellars were we made Tamya and Airfix models and balsa wood aircraft. I remember Mrs Dakin, ‘Denny’ who got everyone into the choir or doing handbells.

My brother and I were in the choir.

I remember the audition, then practice, and becoming a Christmas soloist, I eventually became Head Chorister, leading the choir at first by ‘nodding’ my head in time, but instigating a change to using a hand.

I remember doing a marathon swim in the Lake – only the once, the lake was never deemed deep enough or safe enough to do that again. I was under 10 and came something like sixth out of the school.

I remember the marathon like runs, the ‘Stelling Run’ and more rarely the ‘Five Mile.’

I remember the woods, the observatory, the dens, the ‘water works’ and the ‘Nature Reserve’. I remember ‘Den Raiding’ at the end of term and prefects stealing a friend’s clothes and putting them at the top of a tree. I remember all the antics in the woods, climbing the trees and trying to get from one tree to the next in the top branches, ‘sliding’ to the ground in the branches of fir trees, and engraving our names in a three hundred year old beach tree at the top of the drive. I remember the assault course, ‘tuck’ after Sunday Lunch given out by the day of the month on which your birthday fell; I remember spelling tests, coming out of Maths to watch the landing on the moon, the black outs during the miners’ strike, the brown boiler suits were wore outside for break and to go in the woods, the cassocks and ruffs, the music cubes as we called the ‘music cubicles.’ I remember birthdays, with a cake and candles and ‘friends’, handing out cake as boys screamed ‘me’, ‘I’m your friend’ and all that nonsense. I remember some boys standing outside the Headmaster’s Office having a farting competition, my brother and ‘Reeves’ were two of the boys up. I remember boys being caned. I remember the library, the scary book on World Wars I and II in which their were pictures of a man being hanged and another few who’d been decapitated.

I remember becoming a ‘D.C.’, house captain and captain of swimming.

I won the ‘D.Cs’ prize more than once, which also brought with it an end of term ‘feat’ for the winning dorm.

I don’t look back with any fondness at being a prefect though; it brought the worst out in me, so I deserved the nickname ‘Granny,’ I was pernickety, like my mother and father.

I remember the humiliation of half-drowning in the outdoor pool in my last summer term and having three swimming cups taken from me as a consequence – I was diagnosed as asthmatic five years later. Were I a vengeful psychopath I would have drowned the teachers responsible for this, I would have had those teachers who caned boys for doing badly in a test lashed too.

See, it wasn’t all happy memories.

Tamer punishments were most likely to be ‘stone picking’ on the sports fields. I remember the honours boards and how as a new boy you looked up to those names and never imagined being up there one day as Head Chorister, Head of School, or winning the History Pr

By Jonathan Vernon in Primary Education on April 6, 2015.
← 9 ways to create the perfect online course Tell me about it … →