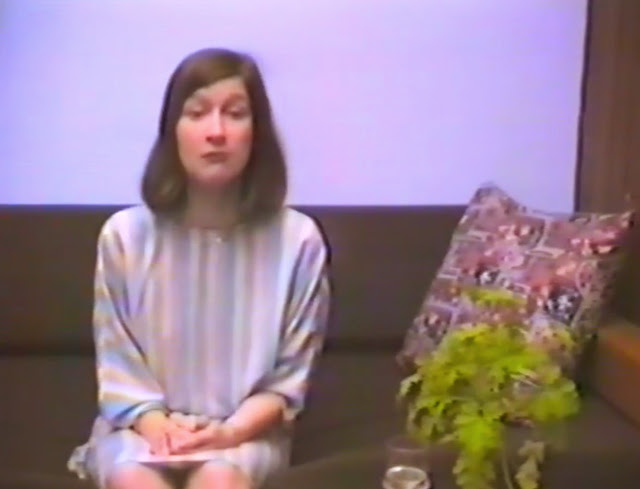 Items include voting in the Council Elections, warnings about a rapist in an alley behind St.Peter’s, OUSA education system and the abolition of the admissions exam (ratio of private to state sector was worse than 70% 30%), May Day Celebrations, the importance the CV from Mr Snow then head of OUCAS, a Student Union Committee meeting, reported Stephen Howard reviewing Andrew Sullivan’s term (Trinity) as the Oxford Union President, Balliol College Music Society 1500th Concert (interviewed those who attended). Then set to music clips fro the Oxford & Cambridge Ski trip to Wengen. Clips from Abigail’s Party, directed by Anthony Geffen. The Roaring Boys. Matthew Faulk and Alex Ogilvie acting out a scene from ‘The Labours of Hercules Sproat’ and finally Jonathan Vernon doing a mime 😦

Fig. Stephen Hellwen reviewing the events and outcomes of the Oxford Union Debating Society under the presidency of Andrew Sullivan