Ken Robinson: On education … and a fix for the huge drop-out rate in American Schools.

An excellent TED lecture. Worth taking notes. These are mine.

Offered by fellow student Marshall Anderson on the H818: The networked practitioner journey.

Worth listening to a couple of times (as I have just done).

Music to my ears, though I am not a teacher and have given too much of my career to the mechanised teaching he knocks … digital and interactive learning is and has been, surely, a product of the mechanised approach? But you don’t question the legitimacy of e-learning in an e-learning agency and suggest that a blended approach would be better.

They have one product on the shelf.

Which puts me at odds with the hand that has fed me for the last couple of decades. Next stop Finland? There is of course an answer here and that is recognising, please, that children, whilst deserving a better education system and approach, are NOT always at school … this curiosity and motivation can be developed at home if and where a family have parents with the time and inclination and where, ideally, they also have contact with grandparents and even cousins, and especially friends. 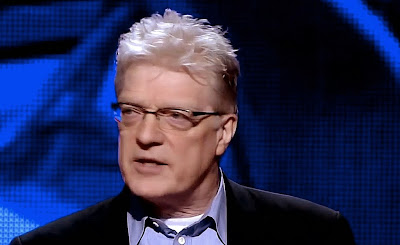 Ken Robinson is right to celebrate the human side of the child, that:

For the moment my interest is with my 17 year old daughter and 15 year old son … hoping and helping them to find and know what motivates them. It is this that will get them through school, a worthwhile goal beyond the barriers that exist in formal education – you still have to satisfy the standardised tests in order to get a place at university. Which is another schooling environment Ken Robinson doesn’t touch upon – you can give us human beings too much freedom. Parameters are stimulating, both the negative and positive ones.

A struggle makes something worthwhile.

It helps to create a common memory too. Fundamentally this reminds me that any learning and especially e-learning needs to be seen in context – an e-learning platform or project is never exclusive, it is always part of what else is going on in the participant’s life.

Blended, rather than pure e-learning is surely therefore the way forward?

Wise words put succinctly and with wit. Common sentiments that we struggle to realise. Privately educate? Home educate? Or move to Finland, Canada or Singapore?

Try putting any letter from the alphabet in front of ‘learning’ and you’ll be able to say something about it.

October 7, 2012 5:04 am / 1 Comment on Try putting any letter from the alphabet in front of ‘learning’ and you’ll be able to say something about it. 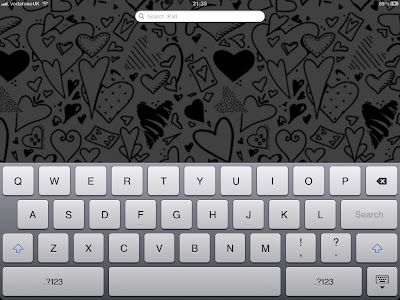 It is learning whether you prefix with an ‘e’, ‘m’ or ‘b’ as in – electronic, mobile or blended.

Increasingly the opportunities, particularly with learning on a hand-held computer – 20th century terms for the 21st century smart phone or table – are for ‘a’ or ‘s’ learning – standing for applied or ‘action learning’ that is ‘situated’.

For example, I use a combination of an iPad or Kindle when coaching swimmers – not just for registers, but to show images from a swim drills book.

I am waiting for the wrist or lapel badge computer – an iPad the size of a Nano or ring. Will these come to be known as ‘w’ learning or ‘r’ learning or has ‘e-learning’ become generic? The Google display will be one to watch.

16 must bes for an e-learning media component

‘Media Component’ is the term, like e-learning, that I believe will supersede most others to define the activities, or ‘e-tivities’ (not sticking) Salmon (2002) that learning designers put into or developers and builders devise for e-learning modules or courses.

Media components are, if you like, the stepping-stones that take a learner from ignorant to informed, with learning objectives the aim, but increasingly with effectiveness through greater engagement as we move away from the chronology of the stepping stone, itself a derivation of turning to the next page towards something more exploratory, game–like, intuitive and where appropriate – in context for the learning. Where better to learn about health and safety for the nuclear power industry than in a nuclear power plant, where better learn to apply best practice in a retail bank than in the banking hall.

Twelve years ago these media components were described as Lego building blocks (Downes, 2000), though in practice they are more akin to Lego Technics (Pegler, 2002) – they do something. Coming from a background in linear and non-linear (interactive) video-based corporate training, I am trying to think what terms and expressions we used on the paper storyboard pads on which the interactions were devised? Perhaps as they were added to linear video sequences and derived from scripts written in this form they were ‘interactions’ or ‘interactivities’. They were built into the narrative like an action sequence we shot as video. For a while, as we migrated such content to the Web we called it all ‘stuff’ as a catch-all for content, whether it did something or not. (A decade on I am yet to see anything as engaging or rich as the DVDs we produced in the 1990s with broadcast standard drama reconstruction or 3d animations, winners of IVCA Gold for their originality, impact and effectiveness). Today we are still producing the web-page derived equivalent of the leaflet or workbook, not least because it has taken broadband speeds and the devices and infrastructure a decade to catch–up.

The greatest shift has been to put the learning in our hands on Smartphones and Tablets and with this the desire for greater game–like tactility.

I wonder if another metaphor might be a sequence in music, a number of bars, a phrase that has a certain effect. This might be another way to design the actions. An architect works on 2D blueprints to create buildings in three dimensions; composers use a score to lay–out music that surrounds us and touches us, film–makers have scripts and storyboards. If we use PowerPoint to express a sequence or selection of interactivities, of ‘media components’ or ‘learning activities’ no wonder they are linear rather than exploratory. We need to design onto maps and navigate as our heads do – independently. I am drawn to the image of a 17th century triptych, the Great Picture that expresses the life story of Lady Anne Clifford. There is logic to the left and right panels, Lady Anne age 15 and 76 respectively, while the borders, like going around a game–board give ancestors, relatives, and artefacts any of which, in the 21st century could be brought to life with a link at least or an interaction at best, even in Web 2.0 terms the opportunity to share with others synchronously or asynchronously.

I’ve heard the phrase ‘sand-pit’ used too, the thought that you do these things in a playful, perhaps even in an incomplete way, measuring effectiveness will be the driver – media components that work or sequences that have a ressonance for a topic or audience will be used again.

Various metaphors have been applied and can be applied, like building with Lego blocks Downes (2000) though Pegler’s preferences is to make a comparison with Technic ‘Lego’ (Pegler, 2004:Loc4282) where each piece has a set of actions. Wiley imagined them to be more like atoms (2001). The reality is more mundane, your e-learning module can be like a marathon or the 400m hurdles, with some imagination it can be a triathlon or heptathlon even the modern pentathlon.

The conclusion is that when construction e-learning we need to look for and create digital resources that are:

To this list of qualities I would add a thirteenth: desirable – is it a media component or activity (e-tivity, Salmon 2002) that your colleagues want to use when building the module, let alone something users take to when faced with it. And then can it be used too often or inappropriately?

And a fourteenth – they should be reusable too, readily combined, reskinned and rebranded like type in a printing press that can be reused, or a component in a game from picking a card, rolling the dice or answering a question correctly. Is this media component transportable?

In an e-learning module these are multichoice, complete a phrase, connect or put into order.

And a fifteenth – and surely at the top of the list: effective.

Which probably means a sixteenth – measurable, or accountable. We want to know how it behaves and derive meaningful analytics from it.

Even a seventeenth – fashionable, or at least of the age, suited to the user group, appropriate for the identified personas doing the learning.

Pegler, C and Littlejohn, A (2004) Preparing for Blended e-Learning, Routledge.

In an environment in which the coining of phrases is endemic I wish to invent the term wet.learning – learning that is conducted in and around water in relation to teaching people to swim and teaching teachers and coaches how to teach people to swim.

By definition you cannot have anything electric or electronic around water; this negates e.learning of any kind.

even paper learning (p.learning) can be problematic as the stuff invariably gets wet, goes soggy, tears and is binned.

so we are left with original learning (o.learning), which like original sin committed by Adam & Eve is done in a semi-naked state.

I mock, I must. I’ve been involved in education, mostly corporate, and have never deemed it necessary to call it v.learning when we used video, though interactive learning & training became common place (though never called i.learning or i.training) – it was sometimes called ‘clever’ or ‘smart’ learning though … but never c.learning or s.learning.

So back to wet learning …

undertaken poolside where the acoustics are atrocious we often resort to grunts, sign language and waving our arms & limbs about in demonstration.

Did our ancestors in cave teach cave-kids to paint in such ways?

If there is to be any final definition of e.learning it should be ‘effective learning,’ the alternative be “*.learning.”