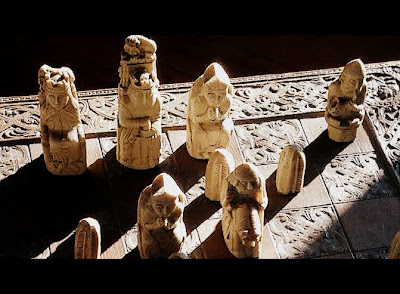 The act of playing chess, and the process of thinking it through is the joy and the learning.

What will be the point as or once all the answers are online?

Where we let algorithms and the Web provide the answers?

Does this mean that anyone can be a doctor so long as they have a smartphone in their pocket and a good connection?

Knowledge acquired is how learning occurs.

The key is in the memory making.

We learn, each of us, in a unique way.

Less so because of when or where we were born,

But because we were made this way.

Our DNA is unique and the brain it constructs also.

It is this mass of interconnections that makes us both ridiculous and smart,

And fall in and out of love.

Are we  its players and pieces whether we like it or not?

It is surely the sense of participation and control that makes life worth living?

Which suggests that absolute machine power – Google-eyed algorithms – could be no better than prison.

Life is not a game,

And we are more than merely players.

There is no need to strut and fret our hour upon the stage.

It is a story we tell, defined by our actions and responses,

A rollercoaster of our own making.

There is no need for noise and tension, where we can be cool in war and love.

Educational Social Networking or not working? 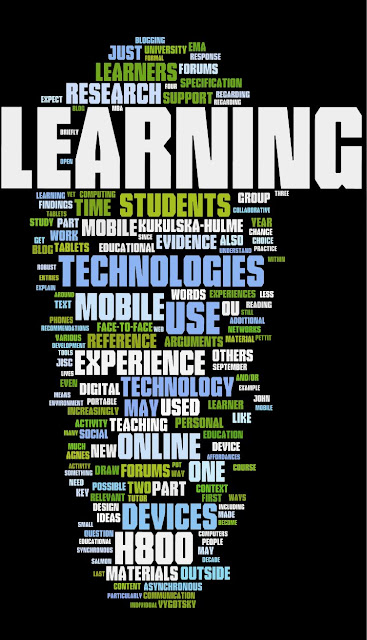 Not wholesale repurposing, but as Rogers puts it ‘It should be acknowledged that rejection, discontinuance and re-invention frequently occur during the diffusion of an innovation and that such behaviour may be rational and appropriate from the individual’s point of view.’ (Rogers, p114 2002

This fascinates me primarily because I am convinced that collaboration, sharing, discussion and so on is crucial to a deeper learning outcome. But does this not have to be down to the drive of the individual and permitted by the institution they belong to?

If neither a carrot or stick will work with adult learners, especially in a online environment, then what do you do? ‘You can take a horse to the trough, but you can’t make it drink.’ As I’m about to take a course on the Psychology of Sport as a Senior Swimming Coach I may gain some further insights into what motivates people to do something and how outsiders can influence this in a positive way. And just because we’re invited to drink from this trough once, dos not mean we will do it again, or often or with enthusiasm. Our moods will wax and wane, or commitments beyond the course will impinge.

Deep learning, as I’ve learnt, benefits from, even requires a rapport with one or several others at various levels of understanding – a Subject Matter Expert (SME) or experts, a tutor, a couple of fellow students on the course, and perhaps someone more junior who can be in turn mentored or tutored by us (first years being buddied by a second year, a post-grad student supervising a fresher). How much this mix can be set by what little the OU or other Distance Learning Provider knows about an individual is quite another matter. Do you run a call-centre like team of facilitators/moderators … or aspire to the one-to-one relationship of tutor or governess to student mimicking some land-owning/aristocratic model of the distant past? Where is or how can that rapport that can work between student and tutor be recreated here? Or is this something for a DPhil?

A free-for-all would create imbalances, inevitably … for the institution. But whose experience are we prioritising here? Whilst a balance must be found, if the best outcomes are to give tutors and SMEs much more time online to forge relationships then this should be – a good coach attracts the best athletes and attracts the interest of other coaches. How does she do that? (Expertise, training and personality … enthusiasm, putting the athlete at the centre of things) Perhaps by pursuing ‘educational social networking’ institutions are shooting themselves in the financial foot? The time put in to make a freer networking between students, tutors and SMEs, with students in different time zones and different priorities would be prohibitive.

Undergraduates studying on campus, in a homophilous cohort, with fewer worries (other than debt) don’t know how fortunate they are to have this opportunity to study, probably for the only time, before the life of the wider world impinges.

Are Personal Learning Environment (PLE) a way or the way forward?

If I have this concept right, i.e. with the formal relationships and tutor relationship given equal potential, the tools in one place on the same homepage is a suitable progression from the VLE) Perhaps OU students are doing this anyway by starting at their own Blog or Home Page and simply anchoring the pages from the OU that matter most to them?

The New Scientist is running an interesting essay in its current edition which touches on all of this. New Scientist (week 10th July 2010) has a piece called ‘Generation F’ by Richard Fisher (2010).

The article is prone to the some hyperbole: Social networking sites (Facebook, LinkedIn and MySpace) the ‘harbingers of a sea change in our social evolution, in the same way that the arrival of language informed our ancestors.’ (Donarth, 2009) Danah Boyd (2009) describes Facebook as ‘an essential utility like water or electricity.’ Academics are just as guilty of this kind of thing, there’s been plenty of it in the reading for H807 the democratising of education, ‘starting the world anew’ ala Tom Paine etc: and claims made in the last ten/twenty years regarding ICT and education, what it could do, will do … but hasn’t.

The essay is of value though for how, and if, social networking can be used for short-term purposes: ‘Online social networking appears to be ‘very good for servicing relationships, but not for building them de novo.’ (Dunbar, 2010) H807 tries to use an ‘educational social networking’ approach, or does it. Perhaps it is deliberately more self-contained than this. Though with emphasis on authors such as Salmon (2002) and her model for e-tivities, undue emphasis is put on getting people talking and working together? Is that so necessary. Isn’t experience showing that this is wishful thinking?

What are the views on conversations, synchronous or asynchronous between fellow students and students online?

Collaboration between some random people I may meet at the bus stop when the service is delayed is not the same as forging an academic bond with some one or some many who are equally engaged with the material, whether their opinions are the antithesis of mine would be immaterial – indeed, disagreement would be better, it feeds discussion. This is NOT a criticism of H807, we have a common purpose, we have elected to do H807, there is a common profile intellectually and absolutely the variety of life experiences enriches the experience. But clearly, as individuals, our approaches to learning, IT skills, time allocated to the task and for many other reasons will and does negate against certain ways of learning. Such as this.

If on the one hand the wishes of some students, maybe most, to stay at arms length aren’t the wishes or hopes of others who would like to engage with a wider circle being denied? The sort of relationships between students that the OU is hoping for can surely only developed over a few years rather than a few months.

Jeff Hancock (2008) of Cornell University ‘… found that those with Facebook access asked questions to which they already knew the answers or raised things they had in common, and as a result were much more successful at winning people over.’ (New Scientist, 10July2010).

We experienced the ease with which we could share personal information, there was no drilling or phfishing for information, but clearly I will know more about some people than others. Its relevance is another matter, the buy-in to these people could eventually result in a bond of sorts, at least as working on this platform is concerned. I would have to look back through the way we respond to each other to see if the above occurred … deliberately asking certain people certain things even though we knew the answer, as a catalyst to conversation. This does not work discussing trivia such as pets and the weather (though I’ve indulged in plenty of that too … it doesn’t lead to conversations on costing programming, what Vygotsky means about scaffolding or whether we are fed up with e-tivities, e-granaries, e-moderators … and e-jobs.

Mid-way through the unit we read Elliot (2008) and I took an interest in the way ‘lifelong learning’ functions. I was looking at this as an adult learner environment, the merging of social, family and work through social networking sites and the communication habits and styles of all three merging into and becoming a messed up single entity. Historically it wasn’t long ago that work, family and social worlds were one … fifty years ago, seventy or a hundred years? No more. Both of these points, revealing more and the merging, or coalescent, or the dropping of barriers between these spheres is changing behaviours.

‘Increased visibility also means our various social spheres – family, work and friends- are merging and so we will have to prepare for new societal norms. ‘Well have to learn how to live a more transparent life.’ (Holtzman, 2009)

The idea of ‘Exposure’ was used by Ellen Levy in 1999 (Levy, 1999) after she had spent a year keeping a blog and photojournal, then a novel activity. (Washington Post, 24th September, 1999). What an employer, parent, friends or colleagues make of this is another matter, but then again, one day we’ll all be walking around with our DNA profile on a dog-tag (or embedded under our skin on a microchip).

The relevance of all of this?

How far can the individual be indulged within the parameters of an online course, that must retain students and prove its worth to the institution (financial, academic, members), the students (worth it financially, academically, career wise … and personally) … and the wider community (grants, knowledgeable workforce, content and informed citizens)

Dunbar, R. (2009) How many friends does one person need? Professor of Evolutionary Anthropology at the University of Oxford. Quoted in New Scientist. 10 July 2010. Volume 207 N0 2768. http://www.newscientist.com.

Salmon, E (2002) E-tivities the key to online learning. Kogan Page. Tong, S, T. (2008) Too Much of a Good Thing? The Relationship Between Number of Friends and Interpersonal Impressions on Facebook. Journal of Computer Mediated Communication, vol13 p531-549)