“Skate where the puck’s going, not where it’s been.” 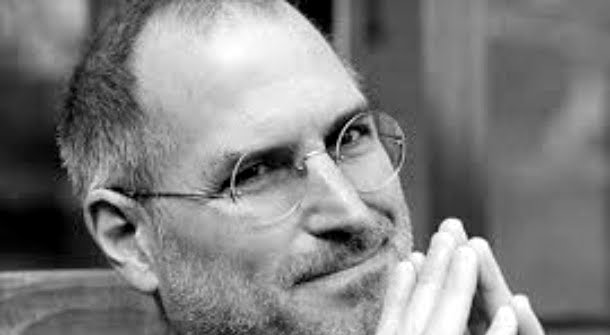 ‘If you want to live your life in a creative way, as an artist, you have to not look back too much. You have to be willing to take whatever you’ve done and whoever you were and throw them away’.

Apple haven’t created a Steve Jacobs APP to bring him back to life virtually, rather they have created a University within Apple to teach the Apple Way as a management and leadership programme akin to an MBA and run by the former Dean of Yale Business School. Joel Podolny

Jobs quoted the hockey star Wayne Gretzky’s maxim, “Skate where the puck’s going, not where it’s been.” Isaacson (2011).

“Steve prefers to be in the moment, talking things through. He once told me, ‘If you need slides, it shows you don’t know what you’re talking about.’” Jobs said.  Isaacson Isaacson (2011. p. 387).

Bell and Gemmel get it wrong on lectures. (2009. p 117-118) They make assumptions about the value or otherwise of watching a live lecture in favour of a recorded one.

Whilst this might replace sitting in a class it doesn’t mean that by replaying the video repeatedly the student will be any the wiser or even recall what has been viewed.

Viewing video is a passive exercise, ‘sit back’ rather than ‘sit forward’, Far better that the video is offered as an e-learning module, broken into a dozen pieces, each one different, each one challenging the student in different ways, obliging them to think, to construct, to research, to discuss with others, to answer questions.

I’d like to read this research, understand the way it was undertaken, and how the conclusions were drawn. I’d like to know what other research has been done in this area to get the fullest picture.

On p119 we are given the story of a 7th grade field trip in which students identify leaves of different plants in a forest and we then are asked to imaging 40 years later this 50 year old needing to call upon a digital recording of that event in order to show it to his child. His child, far preferring the psychologically better and warm lesson from her father would feel rejected if made to watch the video.

What is more, the learning, through communication isn’t purely as a result of looking at an object and hearing or being told what it is – the lesson is largely recalled for the emotional impact of delivery from the teacher – how they speech and their body language – were the enthusiastic or bored by the information they had to impart?

My biggest concern about the assumptions of Bell’s lifelogging is that if I take a self-drive car from A to B, a 45 minute journey, will I ever, if called upon be able to drive this route myself

A lifelogging device is akin to driving on autopilot, there is no need to concentrate and without that there is no memory creation – so yes, you would need a recall device. And if you are behaving as if you are not there, why be there? Indeed, to fake it college students might hand their lifelogging devices to one student who would then attend the lecture on everyone else’s behalf.