At the end of October 1917, 96 years ago to the day, my grandfather, then 21, and Jack Walsh the ‘carrier’ on a Vicker’s Machine Gun were sent in to relieve two fellow company machine gunners: Dick Piper and Henry Gartenfeld. This was ‘Third Ypres’, ‘The Battle of Passchendaele’.

I recorded the story in 1992. Parts of this extensive interview is going online here.

Later I produced a transcript that my grandfather corrected and then, as you can see above, we had a go at drawing a local map of the spot between Egypt House and Columbus House. This is immediately to the south west of Houthulst Forest near. His eyes were too poor to write the text, but he did the sketch of the pillbox, wall and posts, the duckboard and forest, and the dead or dying Grenadier Guards.

A tough spot to reach with a duck board track that petered out.

On arrival they found Henry Gartenfeld dead and Dick Piper in a bad way. Jack buried Gartenfeld as best he could, and after he had died and, in his words, the body had stiffened up, he buried Dick too.

There was no relief for seven days.

On getting back Jack found that he had been reported ‘missing’ and a letter sent home to his mother. He was far from dead, going on to join the Royal Flying Corps and living to return to this exact spot during the 75th anniversary of the Battle of Passchendaele.

The 3rd Guards Brigade attacked towards the edge of Houthulst Forest during the night of 11th/12th October and came under a heavy barrage of gas shells. The blockhouses at Angle Point and Aden House in the remains of Poelcapelle were taken.

In an attack of 22nd October, 16th Cheshires were held up by a pill box in Houthulst Forrest, between Panama House and Colombo House when the Germans counter-attacked. 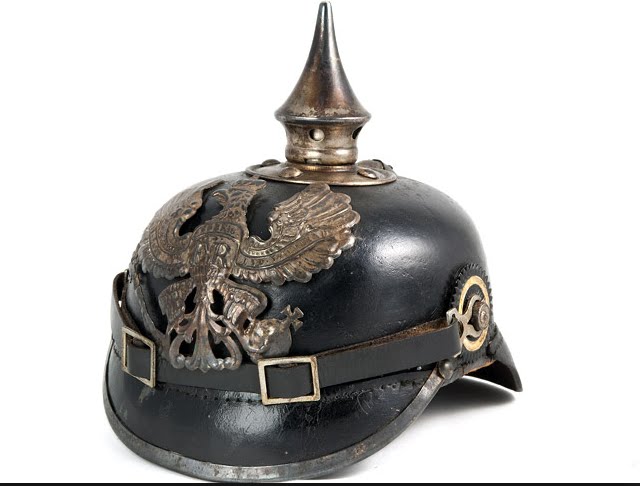 I remember being in the brick factory on the Somme at Trones Wood. There was this huge crater, this was in 1916.  I was trying to boil some water. I’d set up a bit of a fire with a couple of bricks and a canteen. The smell was dreadful. So I pushed my bayonet in and there’s a dead body.

When they started the war Jerry had those helmets with a brass peak. One day I saw this spike sticking out of the side of this communications trench and I thought it would make a nice souvenir and I got my bayonet out and dug the earth away to get hold of it. My fingers came away with skin and hair and all the rest of it. It was a dead German.

I got one in the end.

For an insight into the life, death and frontline tactics along the Western Front controlled by British and Commonwealth troops you should begin with Lyn Macdonald’s ‘They Called it Paschendaele’. First published in 1978 it draws on interviews with some 600 veterans. I return to it often to expand on the record I got directly from my late grandfather John Arthur ‘Jack’ Wilson M.M. who was a corporal in the Machine Gun Corps, serving in Neuve Chapelle, Arras, the Somme and then Ypres between April 1916 and December 1917 when he transferred to the Royal Flying Corps and trained to be a fighter pilot.

In 1991 he visited the Imperial War Museum where he was able to sit behind a Vicker’s Machine Gun, then the following year he visited Ypres for the 75th Anniversary – a guest of Lyn Macdonald.

In my grandfather’s footsteps 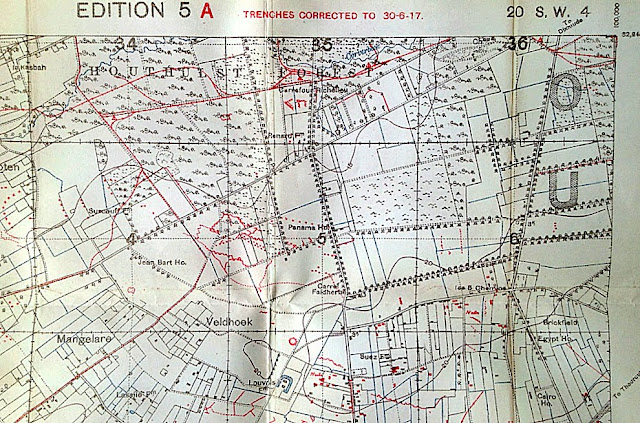 Egypt House (Far Right) was a three compartment German Pill Box. In late December 1917 my grandfather was a machine gunner here and on the edge of Houthulst Forest.

I walked between Poperinge and Ypres then out towards Langemark and Passchendaele. I have as my companion the spoken words of my late grandfather, John A Wilson MM who served here in 1917 as a Machine Gun Corporal, securing the line one push after another through the autumn of 1917 until on the 29th December his papers came through to transfer to the Royal Flying Corps.

I have charged around the Western Front in a hire car decades ago, this was very different. On foot I got some sense of the lay of the land and the distances involved from the canal banks of the Ypres where I know my grandfather recovered when out of the line – I guess somewhere near Essex Farm. Then I find, on a map, a couple of places that were etched into his being – Egypt House and Noble’s Farm. This is where several of his friends met horrible deaths and he too got peppered by shrapnel fragments. Otherwise he was that flukey bugger who survived uninjured.

He spoke about it at length to those who would listen. Over many years I took notes, then recorded these interviews, then went back to get more detail – anything to place people. 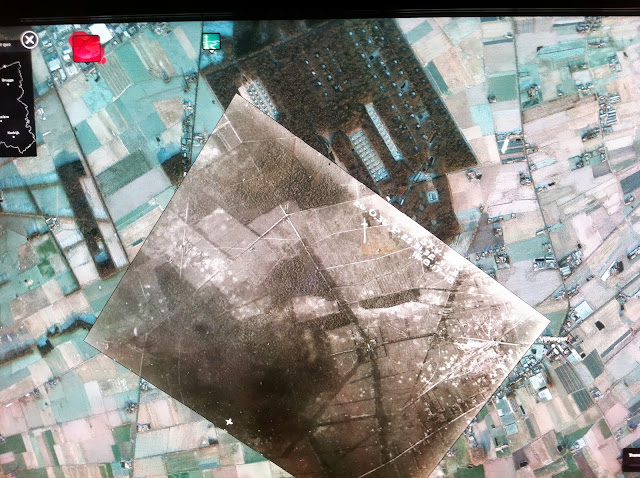 From the ‘In Flanders Fields’ exhibition in the Old Cloth Hall, Ypres. Here an aerial reconnaissance photograph from 1917 is superimposed over the same area of land in 2012

On this trip I followed his steps – near as dam, in the warmth of early summer. 96 years ago the summer was equally promising until the heaven’s opened as we know they can. Walking the rippled landscape, passing over deep brooks it was easy to understand how the place was turned into a quagmire. Of course I also knew this was a salient and that the escarpment or hills were inconsequential to the eye. On foot these distant hills never look significant or imposing – the best impression is to look at them from a train, then somehow they begin to look like a barrier. Why hundreds of thousands of young men and a few woman too had to die here is staggering – that a mindset, society and technology allowed it, indeed saw this as the solution to the problem, rather than the problem itself. 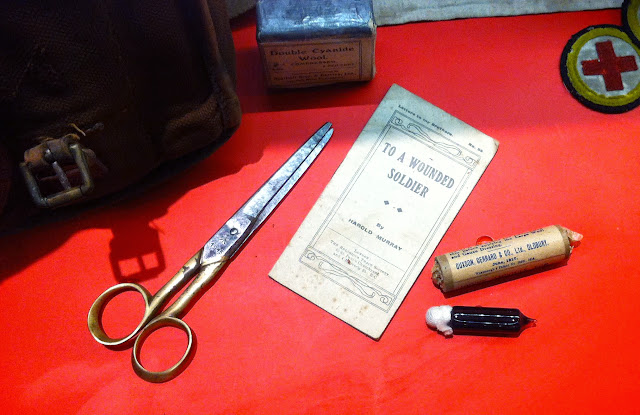 One of the many simple and effective displays in the Ypres Cloth Hall.

I hope all work on the centenary events to mark the 1914-18 War get it right – the event in the Old Cloth Hall, Ypres, ‘In Flanders Fields’ is a wonderful 21st centenary exploration of the war at this end of the Western Front.

Meanwhile, I have my late grandfather’s interviews to upload – all now digitized and ready to put online. I spoke to him at length between 1989 and 1992. I recorded the interview on broadcast quality tape. I have often wondered about the value of video – but the ancient man talking is not the 20 something of his war years. We forget this every time an old person is interviewed – they are talking about events that took place when they were young.

The WordPress.com stats helper monkeys prepared a 2012 annual report for this blog. 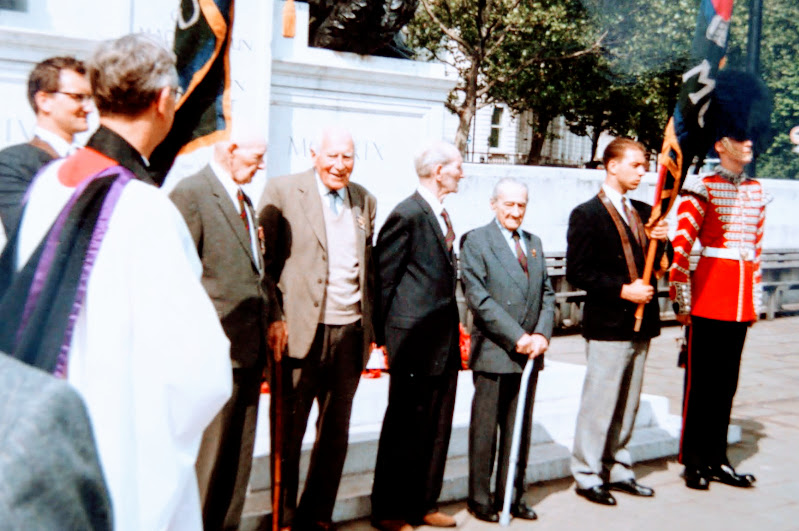 The beastliness of rotting bodies on the Western Front 1917

There was this occasion I was brewing up some tea in this dug-out.

I’d set up a bit of a fire with a couple of bricks and a canteen. You used your bayonet to scrape off a few shavings so that you didn’t make any smoke.

There was this dreadful smell

I pushed my bayonet into the soil and there’s a body. I don’t know if it was a Jerry or one of ours. I was burning a hole into their stomach

Another one, at the Briqueterie – a whizz-bang went straight through a signaller called Walters – he was a range finder. Just ripped him apart. It was a dud otherwise there’d have been nothing left of him.

I turned twenty out on the Somme in August 1916

There was no day to remember though. You never knew whether it was Monday, Tuesday or Wednesday.

When they started the war, Jerry had those helmets with a brass peak.

One day I saw this spike sticking out of the side of this communications trench and I thought it would make a nice souvenir. I got my bayonet out and dug the earth away to get a hold of it. My fingers came away with the skin and hair and all the rest of it. Another time I had the helmet in my hands only to find there was a skull inside it.

We went swimming in the Somme when we were out of the line at Happy Valley.

We were taking over the line from the French bit by bit. About a mile at a time. We were at the extreme south of the line towards Caix and Peronne.

I remember these French soldiers pointing at me and having a bit of a laugh at my expense.

Machine Gunners on the Western Front 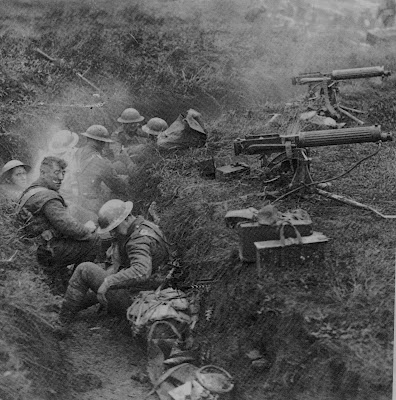 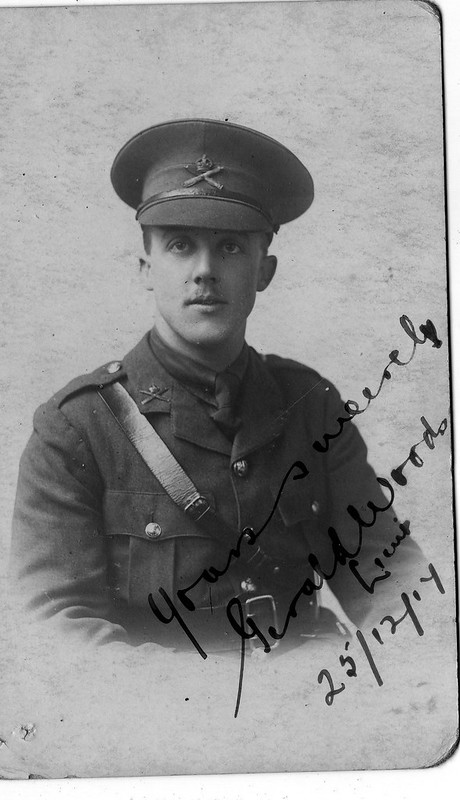