February 28, 2013 10:03 am / 3 Comments on Exploring students’ understanding of how blogs and blogging can support distance learning in Higher Education 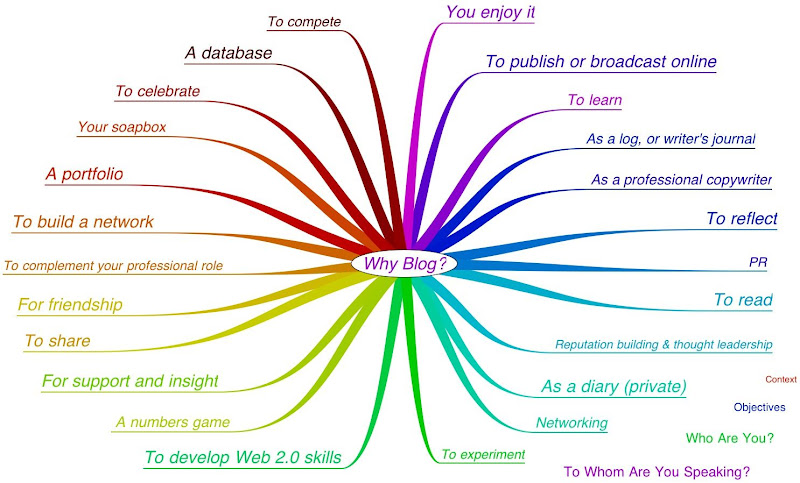 If anything has been written on blogging I want to read it. On 27th September 1999 I posted to my first blog – it was on blogging and new media. We’re now in the phase of transition that took the printed book after the Gutenberg Press some 400 years. The clunky blog of 1999 barely compares the variety and scope of what we still call a blog today.

This rightly questions when and where blogging should be an endeavour to use with students.

Based on this research blogging is very clearly NOT of interest to the majority of students, NOR is it likely to be of value to them for collaborative learning. There may be value in blogging for your own sake – aggregating content in one place.

(Research on using blogging with students of Public Relations gives a far more favourable response … I would suspect that this would apply to courses on journalism and creative writing i.e. use the medium that is appropriate for those on specific courses).

This is a study of OU students.

A more promising, and appropriate study I am looking at concerns PR students who a) need to develop their writing skills b) need to understand what blogging is all about.

The greatest value I have got from this self-inflicted exercise is to deconstruct the research that was undertaken should I wish to undertake research of this ilk myself. Can I fault the research?

Students were asked ‘how much would you like to use a blog provided by the OU as part of your studies?’

Students were asked ‘how much would you like to use a blog provided by the OU for personal use?’.

Examination of the observed and expected frequencies for this data suggests that in both cases, there is a relationship between not seeing a role for blogs and not wanting greater use of conferencing.
Supporting findings that when given a choice between classroom based learning or e-learning those who have a choice are equally satisfied by what they get.

All of the positive responses refer to the students’ own (potential) study blog. (Kerawalla et al. p. 7 2007) Others use their blog as a repository. Few saw the benefits of linking or using a blog to for reflection and developing ideas.

Responses to the question ‘would you like a blog provided by the OU to support your studies?’ reveal that there is a profound lack of enthusiasm (from 82% of the sample) for blogging as part of courses.

Later this year, we plan to explore PhD blogs. This variety and combination of methods will enable us to gather different perspectives and to triangulate our findings. (Kerawalla et al. p. 7 2007)

Email is a snowball fight, a wiki is a snowman … I guess a blog is an ice-sculpture

I’m taking copious notes from Collaborative Learning in a Wiki Environment: Experiences from a software engineering course. Minocha and Thomas (2007)

I made this note at the bottom of the third page:

Requires a cold climate. I like any metaphor to do with working online to the water cycle … oceans, currents, clouds, precipitation and so on. Why not snowballs and showmen?

I’ll share my notes in due course. I consider this to be a significant paper for H800, indeed for the Masters in Open and Distance Education.

I does a great deal more than study wiki best practice, its strengths and weaknesses, blogs get a look in (a wiki, and an e-portfolio are after all variations of the same thing).